The actor, known for his 'Lord of the Rings" role expressed his regret for use of the word while at a panel with actor Mahershala Ali 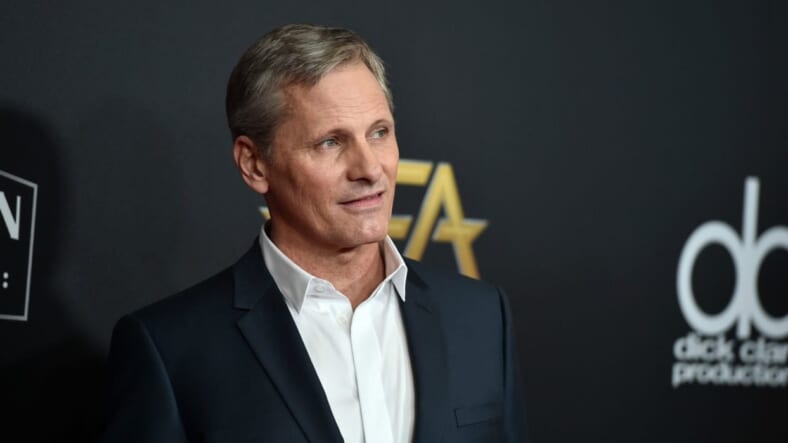 Oscar-nominated actor Viggo Mortensen is apologizing after using the N-word during a post-screening discussion about his new movie Green Book.

Wednesday, during a Q&A moderated by film critic Elvis Mitchell, Mortensen sat beside co-star Mahershala Ali and director Peter Farrelly as they discussed Farrelly’s new film about an interracial friendship.

According to The Hollywood Reporter, the actor, known for his roles in The Lord of the Rings trilogy and an Acadamy Award nod for Captain Fantastic, had his lapse of judgment and used the N-word while speaking about the progress that has been made in America when it comes to race relations.

“For instance, no one says n— anymore,” Mortensen said, according to Dick Schulz, a Hollywood-based freelance director who was present at the event. Schulz spoke to THR Thursday evening after his tweets about the incident made the rounds, and two other people – also present at the Q&A – echoed his concerns.

“It was all anyone was talking about when we left the theater,” Schulz said while describing the audience’s reaction to Mortensen’s use of the word.

“I was hearing everybody passing by me going up the stairs going, ‘That was crazy! Why did he say that? You cannot say that!’ And it’s sad because the movie is great.”

Was at a screening for #GreenBook—the movie is amazing, but at the Q&A after Viggo Mortensen just dropped the N Word and the oxygen immediately left the room. #movies

I have no idea why this isn’t a big news story. Viggo is wildly talented but that kind of behavior needs to be publicly checked.

Mortensen has since released an apology and acknowledged, “In making the point that many people casually used the ‘N’ word at the time in which the movie’s story takes place, in 1962, I used the full word. Although my intention was to speak strongly against racism, I have no right to even imagine the hurt that is caused by hearing that word in any context, especially from a white man. I do not use the word in private or in public. I am very sorry that I did use the full word last night, and will not utter it again.”

“One of the reasons I accepted the challenge of working on Peter Farrelly’s movie Green Book was to expose ignorance and prejudice in the hope that our movie’s story might help in some way to change people’s views and feelings regarding racial issues,” he continued. “It is a beautiful, profound movie story that I am very proud to be a part of.”

Viggo Mortensen really said the n-word–while sitting right next to Mahershala Ali–in order to make a point about how far racial progress has come. Fascinating.