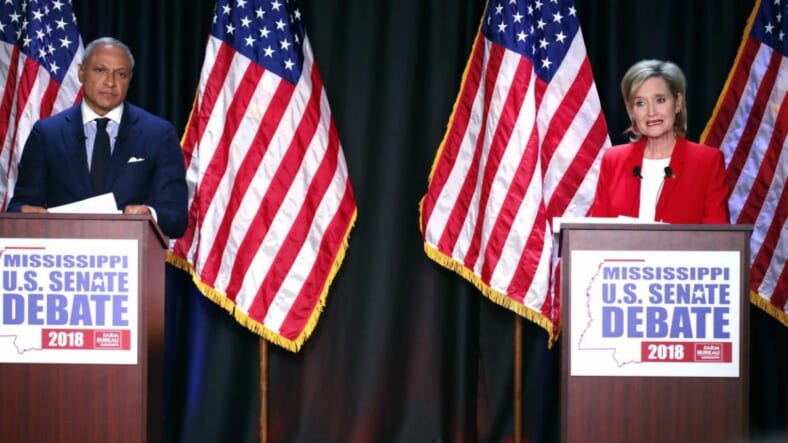 It appears Republican Sen. Cindy Hyde-Smith’s commitment to celebrating the most painful and bigoted parts of Mississippi’s history runs even deeper than she let on.

Earlier this month, the senator faced national backlash after she was caught on camera cracking a joke about her willingness to attend a public hanging, and now, it’s been uncovered that she also dressed as a Confederate soldier while visiting a Jefferson Davis museum.

“I enjoyed my tour of Beauvoir. The Jefferson Davis Home and Presidential Library located in Biloxi,” Hyde-Smith wrote in a Facebook post from 2014. “This is a must see,” she continues. “Currently on display are artifacts connected to the daily life of the Confederate Soldier including weapons. Mississippi history at its best!”

Last weekend a video surfaced of Hyde-Smith praising a supporter at a Nov. 2 campaign rally appearance with cattle rancher and supporter Colin Hutchinson, saying she would “fight a circular saw for him.” And then added: “If he invited me to a public hanging, I’d be on the front row.”

Mississippi’s history includes having the highest number of lynchings of African-Americans of any state.

We've worked hard to put the stereotypes that hurt our state behind us. We can't afford a senator who embarrasses us. pic.twitter.com/xnqyhwvA6l

Hyde-Smith is currently running an emotionally charged runoff campaign against Democrat Mike Espy, who would become the first Black U.S. senator from Mississippi since 1883 if he wins.

“Cindy Hyde-Smith’s comments are reprehensible,” a statement from Espy’s campaign said in response to the clip. “They have no place in our political discourse, in Mississippi, or our country. We need leaders, not dividers, and her words show that she lacks the understanding and judgement to represent the people of our state.

During a debate on Tuesday night, Hyde-Smith apologized for the hanging remark: “For anyone that was offended by my comments, I certainly apologize.”

But she also said her words were later used by the Espy campaign for “political gain.”

“This comment was twisted and it was turned into a weapon to be used against me,” she said.

In his rebuttal, Espy said, “No one twisted your comments, because the comments came out of your mouth.”