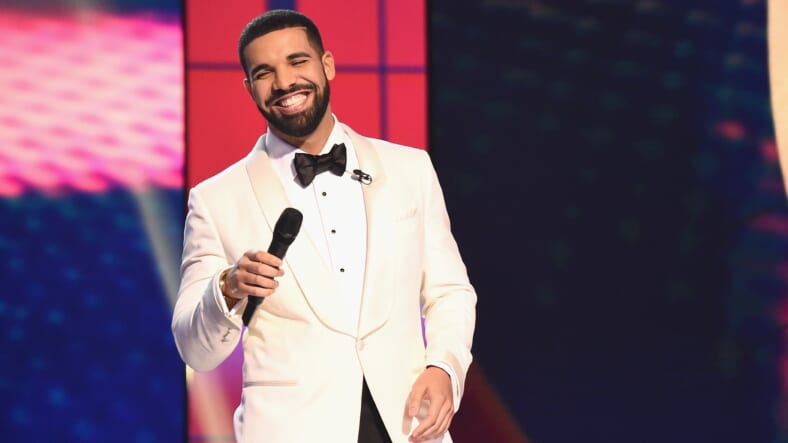 NEW YORK, NY - JUNE 26: Host Drake speaks on stage during the 2017 NBA Awards Live On TNT on June 26, 2017 in New York City. 27111_001 (Photo by Michael Loccisano/Getty Images for TNT )
Drake and Layla Lace, the woman who accused the Toronto rapper of rape, appear to have settled their ongoing legal battle.

The drama started last year when Layla claimed during a SiriusXM interview that she was raped after having a one-night stand with Drake, reports TMZ. Those claims prompted the “God’s Plan” rapper to sue for civil extortion, emotional distress, defamation, and fraud. The Instagram model also claimed she was pregnant with Drake’s baby.

“I know who I sleep with unprotected, period,” she told SiriusXM’s Shade54 station in 2017. “It’s one hundred per cent [for] sure [Drake’s child], he knows it.”

The 32-year-old says Layla’s lawyer demanded cash or else they’d go public with the false claims of sexual assault, according to legal documents obtained by TMZ.

Moving forward, Layla agrees not to make any further “statements alleging or insinuating that [Drake] assaulted her.”

Layla has also agreed not to republish an Instagram post that claims she was pregnant. In the original post, which was published last April but later deleted, she wrote: “So I suppose nonetheless on this period that is the brand new factor that after you inform a dude you pregnant they cease answering they telephone!!!”

In a statement to TMZ, celebrity lawyer Larry Stein, who is representing Drake, said: “The submitting made by Drake towards Layla Lace has been resolved, with Layla avoiding going to trial by agreeing to a stipulated judgment which prohibits her from repeating previous statements she made towards Drake. Drake and his staff are glad about this end result and whereas Drake appreciates the help he has acquired, he asks that his followers and the media permit each event to maneuver on with their lives.”