The trailer shows Shuri may have evaporated along with 50% of the population. 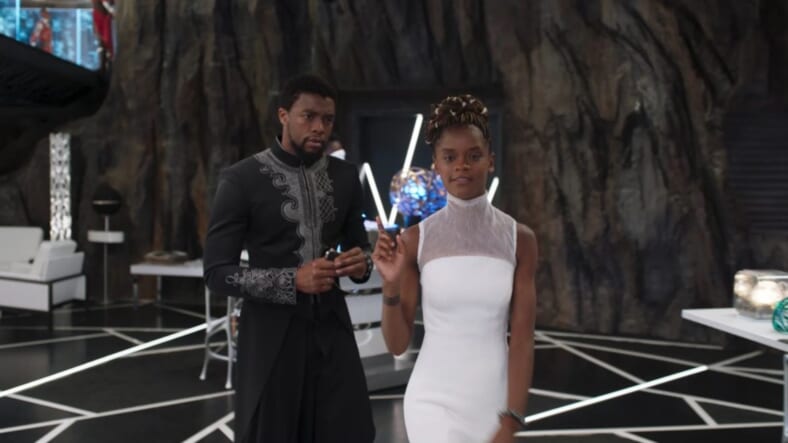 Marvel just dropped the first official trailer for the highly-anticipated film, Avengers: End Game and it has Black Panther fans shook over Shuri.

In the trailer, the beloved character played by Letitia Wright appears on a screen that seems to be showing missing people who likely disintegrated at the end of Avengers: Infinity War along with half of the world’s population.

We hear Black Widow (Scarlett Johansson) say “Thanos did exactly what he said he was going to do. He wiped out fifty percent of all living creatures,” while Antman (Paul Rudd) and Shuri appear on the screen, leading us to believe that the girl genius is gone.

Moments later, Antman appears at the gates, giving us hope that Shuri may have survived as well.

Ironman (Robert Downey, Jr.) reminds us that “we lost friends, we lost family…we lost a part of ourselves” as the remaining Avengers look lost and defeated.

Check out some fan reactions:

HAS THE #Avengers4 #AvengersEndGame TRAILER PUSHED ME TO INSANITY OR IS #Shuri LISTED AS MISSING pic.twitter.com/jgCLkX1eJ6

THEY KILLED SHURI WHO’S IDEA WAS IT. #Avengers4 pic.twitter.com/4rULrXJex4

The Black Panther himself (Chadwick Boseman) is nowhere to be seen in the trailer but considering he’s billed as an actor in the flick, we’re guessing he will make a major comeback.

Could T’Challah’s little sister really be gone for good?

Check out the trailer and decide for yourself:

Black Panther fans are likely torn between celebration and despair today, considering they learned their favorite character may be missing on the same morning the film’s soundtrack dominated Grammy nominations.

The Marvel film that took over the box-office also made a major dent in the music game with “All The Stars” being nominated for Song of The Year, Record of The Year, Best Rap/Sung Performance, and Best Song Written for Digital Media. Kendrick Lamar is up for a total of eight awards.