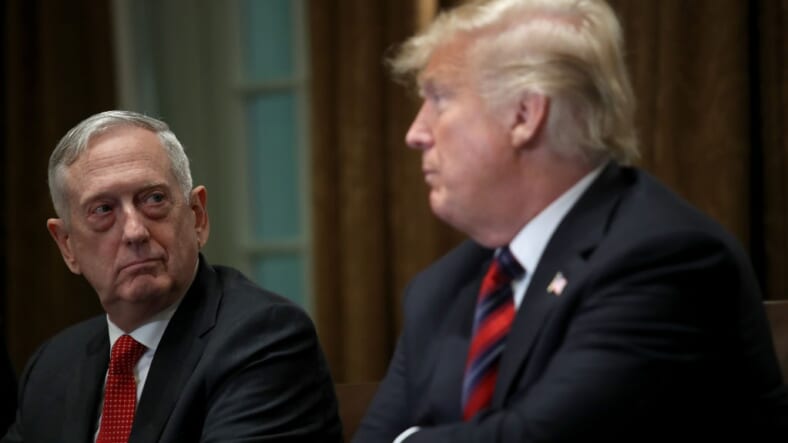 President Donald Trump tweeted today that Defense Secretary Jim Mattis will leave Jan. 1, instead of his previously announced resignation date of Feb. 28 due to deep policy disputes, and that Patrick Shanahan, the deputy defense secretary, would serve as acting secretary of defense.

Mattis announced Thursday he was stepping down in late February because of longstanding disagreements with the president that ranged from Syria to global partners, according to the USA Today. In his resignation letter, Mattis addressed his differences with Trump and said the president should choose a different leader more aligned with his views for the Department of Defense.

“Because you have the right to have a secretary of Defense whose views are better aligned with yours on these and other subjects, I believe it is time for me to step down from my position,” Mattis wrote.

Trump tweeted Sunday that Mattis would leave the first of the year.

Mick Mulvaney, acting White House chief of staff, explained that relations between Trump and Mattis had been fraying leaving no other choice but for him to resign earlier, explaining it was the best thing for him to do. But Sunday’s announcement caused immediate and widespread criticism from congressional leaders in both parties.

According to the USA Today, Trump resented the idea that Mattis was viewed as the adult in the room when addressing foreign leaders on U.S. policy. The departure marks the latest in a string of departures for the administration. Besides Mattis, other cabinet departures since the midterm election in November include Trump firing Jeff Sessions as attorney general and the resignations of Interior Secretary Ryan Zinke and White House Chief of Staff John Kelly, according to the USA Today.

News of the earlier departure capped a turbulent week where Trump declared success in Syria and abruptly gave notice that 2,000 troops would be withdrawn, while the government is in partial shutdown mode and financial markets took a nosedive.