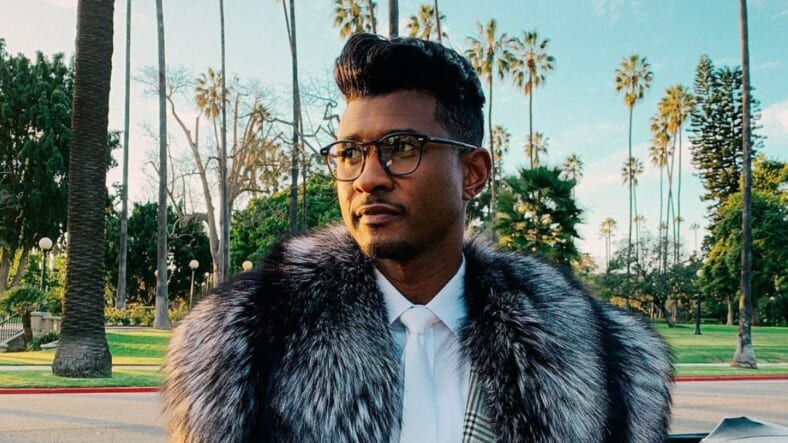 The crook who allegedly stole $800,000 worth of goods from Usher back in March has finally been caught and was arrested by Los Angeles police.

The man accused of targeting high-profile celebrities like the Let It Burn singer, as well as movie stars and athletes, racked up more than $2 million in merchandise from his heists, police said.

TMZ reports that police searched the suspect’s home and found some 2,000 valuables—including some of Usher’s property from his L.A. mansion. Usher reported that six watches were stolen, a $200,000 Jesus piece and some $20,000 in cash was also allegedly taken.

Usher shocked fans by showing off his new appearance on social media. While there were a few compliments from fans, some were less than gracious.

Usher out here looking like all five of the heartbeats. https://t.co/RlqQAkyoGa

Why does Usher have Wop Bop A Loo Bop hair? https://t.co/w0QbKWfx82