The 'If Beale Street Could Talk' star pledged to employ way more women during her acceptance speech. 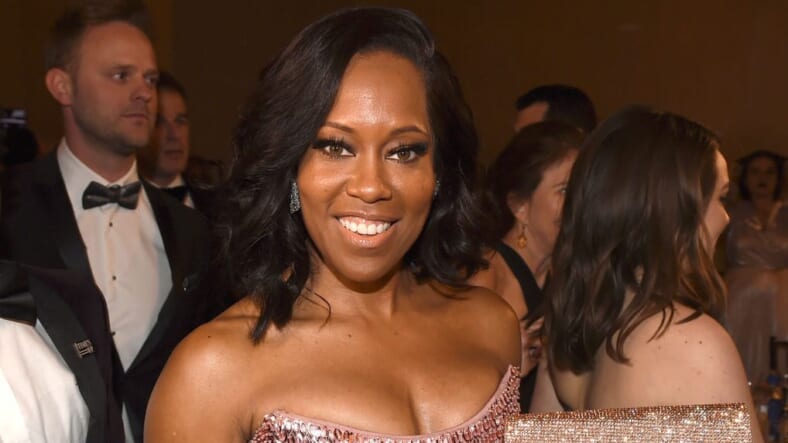 Regina King is winning in more ways than one.

The actress who nabbed the coveted honor of Best Supporting Actress at the 2019 Golden Globes on Sunday night for her role in If Beale Street Could Talk used her big moment to send a big message in the name of #TimesUp.

She also shared love to the film’s director, Barry Jenkins and revealed that after watching the film, her son told her it was “the first time he saw himself.”

After thanking her team, her family, and her colleagues from the masterful film, she claimed more time on the mic to make a pledge that should inspire others across all industries.

The actress who is also nominated for her role in Seven Seconds didn’t stop there.

“I challenge anyone out there who in a position of power, not just in our industry, in all industries, to challenge yourself and stand with us in solidarity and do the same.”

Check out her speech below:

The best speech tonight at the #GoldenGlobes from Regina King who has committed 50% of jobs on any show or movie she produces will go to women. She took home an award. Thx @ReginaKing here is hoping your idea will spread to other professions. pic.twitter.com/V9a8SLBnR7

EXCLUSIVE: Barry Jenkins on making ‘If Beale Street Could Talk’ at ‘peak Blackness’