In a new episode of their rocky relationship, the pop star is litigating against her dad who says he is using her brand name for his own purposes 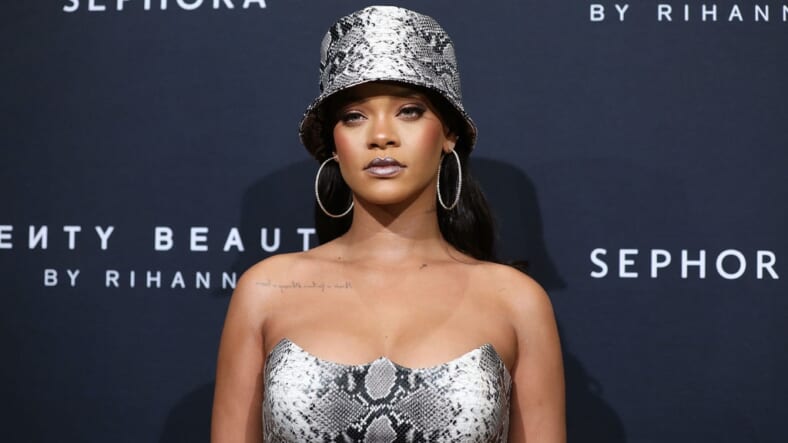 (Photo by Caroline McCredie/Getty Images for Fenty Beauty by Rihanna)

When singer Rihanna first started Fenty Beauty, she gushed with pride about being able to attach her family name to something positive and meaningful. However, a new lawsuit claims that her father has taken unauthorized liberties with the brand and exploited her name to start his own enterprise.

According to TMZ, court documents obtained by the site claim that, in 2017, Ronald Fenty started a talent development company called Fenty Entertainment after his daughter had already trademarked “Fenty” to use in a number of her business ventures, including her successful makeup line.

Rihanna alleges that her father and his business partner have both been profiting off the reputation she’s created with Fenty without her legal consent and even falsely advertised themselves as her reps to solicit millions of dollars.

In one case the duo attempted to book her for 15 shows in Latin America for $15 million dollars without consulting her. They also made unsuccessful attempts to file a trademark for “Fenty” in order to launch a collection of resort boutique hotels.

READ MORE: What exactly is going on between Rihanna and Donald Glover?

The pop star turned business mogul has previously discussed her rocky relationship with her father. During an interview with Oprah Winfrey, she recalled witnessing him abusing her mom when she was a child, causing her mother to suffer a broken nose.

In recent years father and daughter seemed to have made amends. However the singer says that despite several attempts to handle this matter privately, her dad continues to make money off of Fenty Entertainment and has repeatedly ignored her cease and desist letters ordering him to stop capitalizing off of her Fenty trademarks.

The 30-year-old is now asking a judge to place an injunction on her father so he can stop jeopardizing her empire with fraudulent activity.