Na-sha Lockett said the officer used unnecessary tactics in a stop, which ultimately resulted in no charges against her 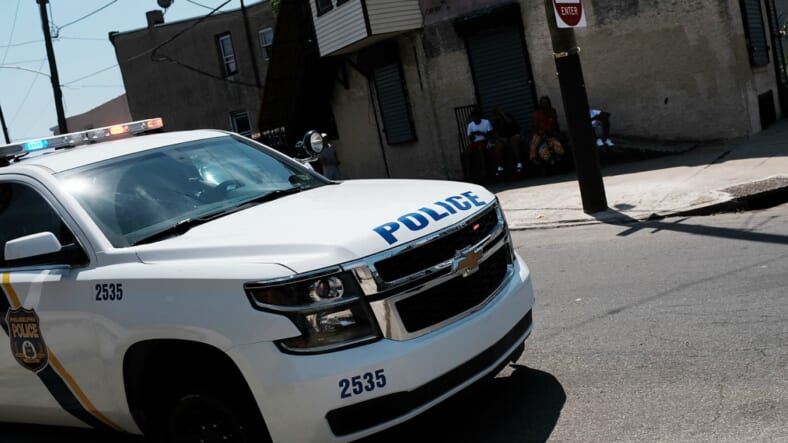 The video felt familiar even if the people on it were different: a young Black woman being taken to the ground by a Philadelphia police officer, even as she screamed for him to get off of her because of her asthma.

In a Facebook video, posted on The Daily Mail, Na-sha Lockett, 18, can be heard yelling “Get the f**k off me,” and when the cop responds “No,” she says: “I’m about to spit on you.”

READ MORE: Chicago grandfather devastated after baby boy is shot in the head in SUV ‘He’s on life support and it doesn’t look good’

“Oh yeah?” the officer, who is white, shoots back, and pulls her head first to an area behind the police car that obstructs the view of the person filming.

The incident started when Philadelphia cops allegedly started banging on the windows of a car Lockett was in with friend Khalil Harvin, after which he was seen dragging Lockett by her hair and pinning her to the ground with his body. During the incident, the officer appears to kick Lockett’s leg to make her fall, even after he already had her arms behind her back in handcuffs.

In the video, the teen screams for police to release her, shouting: ‘Get off me!’ several times.

A second woman also appears on the video. She is on the phone and calls on bystanders in the neighborhood to assist her friend. She is heard asking the cop “Why are you on her like that?” and tells a second officer: “Don’t touch me” as she continues to pace back and forth.

A man behind the camera yells from a distance: “Call for a sergeant” and “I got y’all.” The man also tells officers to ease up on Lockett, by stating: “That ain’t necessary man.”

Following the incident, Lockett tells NBC 10, that the force was excessive and unnecessary.

She said she was wrong for threatening to spit on the policeman but mentioned that his behavior was still too aggressive for the situation which was so far only verbal.

‘You dragged me to the ground. You slammed me, pulled my hair. You did too much,” she said.

Philadelphia police didn’t offer a reason for the original stop but Harvin, who owns the vehicle, said it could have been because the car was previously reported stolen.

A police investigation is pending. One sign that it could end up being favorable to Lockett: although Lockett was jailed for the night, police have dropped her disorderly conduct charges.

READ MORE: Kurtis Blow wants to pray with Virginia AG who wore blackface to look like him ‘It’s going to take love to conquer hate and racism’