RUMOR PATROL: Is Porsha Williams getting a pre-baby spin-off show?

Kenya Moore may make a cameo on the reality show. 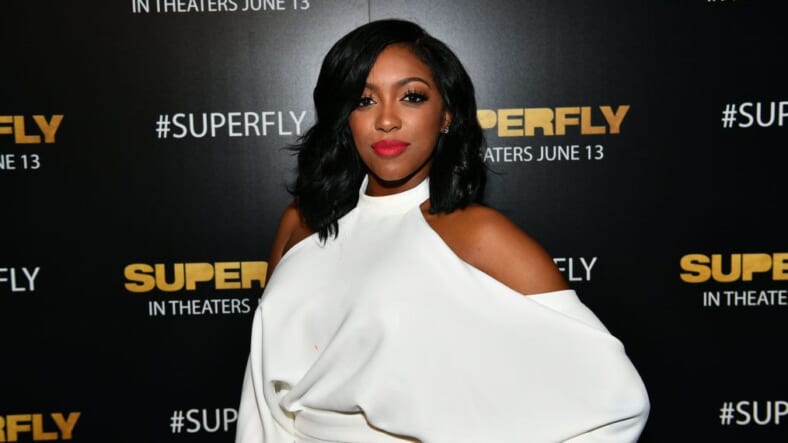 Porsha Williams is on cloud nine as she anticipates the birth of her first child and if these rumors are true, she has a lot more to celebrate.

According to reports, the Real Housewives of Atlanta star may be getting her own spin-off series that will chronicle her pregnancy and capture birth of her first child.

Porsha Williams shows off growing baby bump in a bikini

Sources say Williams and her fiancee were filming during their bay shower over the weekend and it was attended by tons of her RHOA cast mates as well as former nemesis, Kenya Moore. Word on the street is that Porsha plans to share the birth of her child with the world and cameras will be in the delivery room when she welcomes her bundle of joy.

Porsha Williams shared photos from her recent baby shower on social media and she looked happier than ever.

Williams is expecting her first child with fiancee, Dennis McKinley, and was reportedly admitted to the hospital in November after experiencing “extreme pain” from fibroid complications.

Porsha Williams has been open about her struggle with fibroids in the past and even underwent surgery to remove some prior to becoming pregnant. Recently, she revealed that she will be having a girl and is reportedly due in March.