Fans want the 'Star' headliner to be with Quincy Combs, just as much as they want her with Keith Powers 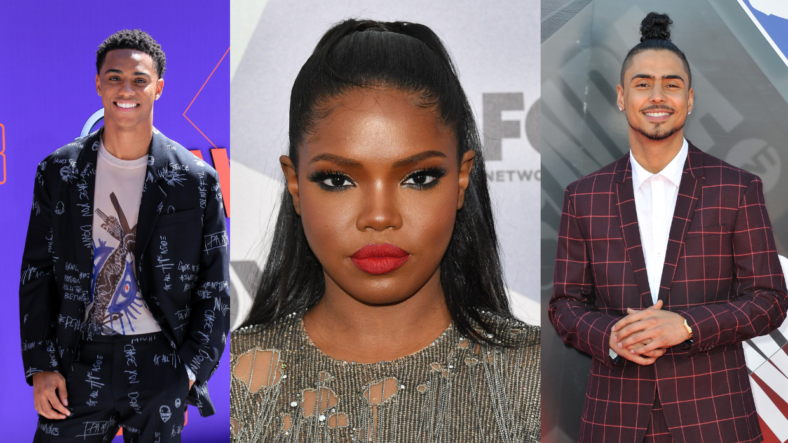 Actress and singer, Ryan Destiny appeared on the Wendy Williams Show on Wednesday to talk about her role as Alex Crane on the hit Fox series, Star. However, the interview roamed on to other “hot topics.”

On the daytime show, Destiny provided Williams with more details about her relationship with actor, Keith Powers and her thoughts about fans wanting her to date her co-star, Quincy Brown, who plays her boyfriend on the show.

Earlier in the interview, Williams says, “You’ve got a lot of nice looking men on the set. Your boyfriend on the show is Quincy, Puffy’s son. So how does that work?”

“Me and Quincy are cool,” Destiny responded. “He’s been super down the earth since day one.”

Williams goes on to ask, “You never felt the heat on your back as you walked away?”

Destiny replies, “I mean maybe in the beginning when I was single.”

The crowd then reacts and she laughs, saying, “I can’t.”

Williams then goes on to talk about Powers, whose Destiny has been dating for almost two years and their relationship.

Williams says, “So the crazy thing is, people get so wrapped in them as TV stars as opposed to their own lives that I read that in real life people give you the business for being with Keith and not being with Quincy, in real life.”

“They’re just like you can see it in her eyes, it’s like she’s all for him. She’s not, you know, really supposed to be with Keith,” the actress added. “It can get really disrespectful and luckily we just are kind of used to it now and we just–you need to find a balance in social media I think and just ignore it. You got to ignore it.”

Williams said, from that, she suspects that Destiny loves Keith.

Check out Destiny on the Season 3 premiere of Star, which airs on Wednesdays at 9:00 p.m. on FOX.