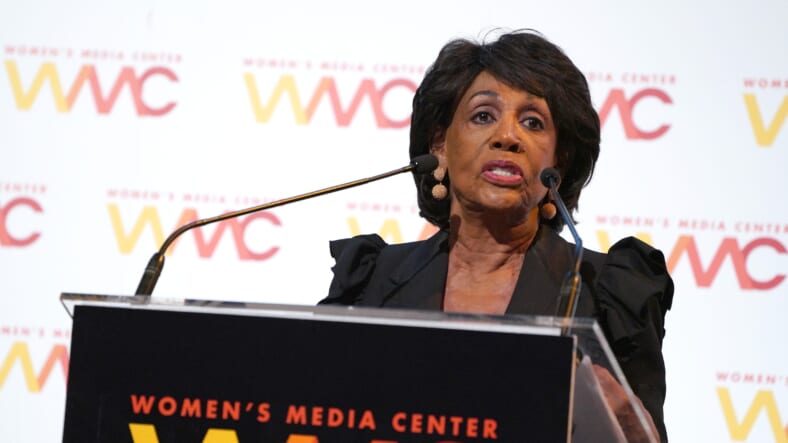 U.S. Rep. Maxine Waters, the California Democrat who has been one of the president’s most unapologetic critics, said on the Sunday morning political talk show, AM Joy, that even though the much anticipated report by Special Counsel Robert Mueller is alleged to call for no indictments, she has no plans to lay off Donald Trump.

As word of Water’s promise circulated via social media, the New York Daily News reported that U.S. Rep. Jerry Nadler, a Democrat from New York, confirmed that Mueller’s team found no evidence of collusion between Trump and Russia during his 2016 campaign.

Earlier, Waters told MSNBC host Joy Reid of AM Joy that whatever the results of the report, her stance would not change.

“I want to tell you that this president has a way of trying to get into people’s heads and indoctrinate them,” Waters said.

“He’s been saying ‘no collusion, no collusion, no collusion’ over and over again for a long time now and he’s going to try and conclude that this report is proving that there’s no collusion and you have a lot of his sycophants who will take the nod from him and they’ll say the same thing, but we cannot allow them to get away with this,” Waters continued. “He does this all the time. This is not the end of anything.”

Waters, who chairs the House Financial Services Committee, added, “It’s the end of the report and the investigation by Mueller but those of us who chair these committees have a responsibility to continue with our oversight.”

She said, “It’s not the end of everything.”

Waters also told Reid that she and fellow Democratic leaders in the House believe that if the Mueller report is not made public, that, and U.S. Attorney General William Barr should be subpoenaed.

“We want full disclosure,” Waters said. “The American people deserve to know what our special counsel has discovered over these 22 months.”

Reid’s questions came in the wake of social media speculation from Trump supporters that Mueller’s report does not call for indictments against the president in regard to his relationship with Russia during his White House campaign.