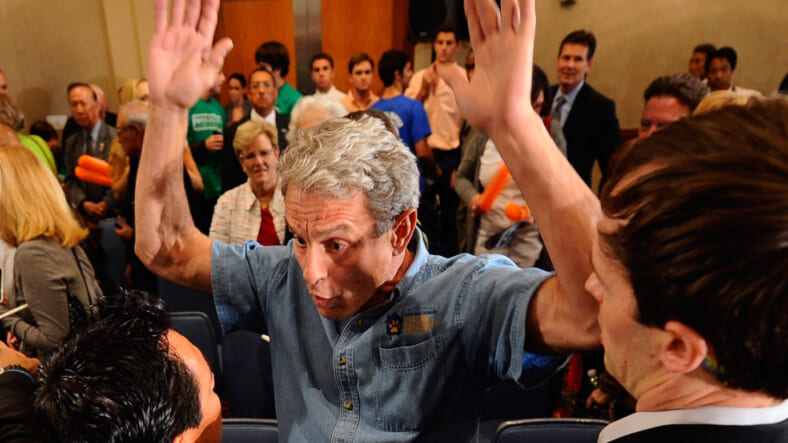 Los Angeles Sheriff’s Department revealed on Monday that the cause of death for the second man who was found dead in democratic donor Ed Buck’s home was from a meth overdose.

According to NBC News, Timothy Dean, 55, died on Jan. 7, making him the second person who was found dead in Buck’s West Hollywood apartment within two years. Another man named Gemmel Moore, 26, died in Buck’s apartment in July 2017.

Both of their passings were ruled as an accidental overdose.

Nixon said she found her son’s personal journal that said that the political activist made him get addicted to crystal meth by inserting it into him.

Journalist and activist, Jasmyne Cannick also alleged that something was on the up and up with Mr. Buck.  Even after a year of Moore’s death, Cannick made a post on Twitter warning that a Black man was at risk of dying in Buck’s home.

She, along with others, made Moore’s journal public and presented a petition with 30,000 signatures requesting that local authorities look into the case again and indict Buck.

Read More: Racist waitress fired for saying she was “n*gg-r hunting” blames viral video on the alcohol “I said something stupid”

Around the time, Cannick made the post on Twitter, Buck’s attorney Seymour Amster told NBC News in a statement,  “On behalf of Mr. Buck, we categorically deny all allegations of wrongdoing and look forward to litigating this matter in a court of law.”

Buck’s lawyer did not immediately respond to the outlet for comment and the office of the district attorney’s did not provide a comment regarding the suit.