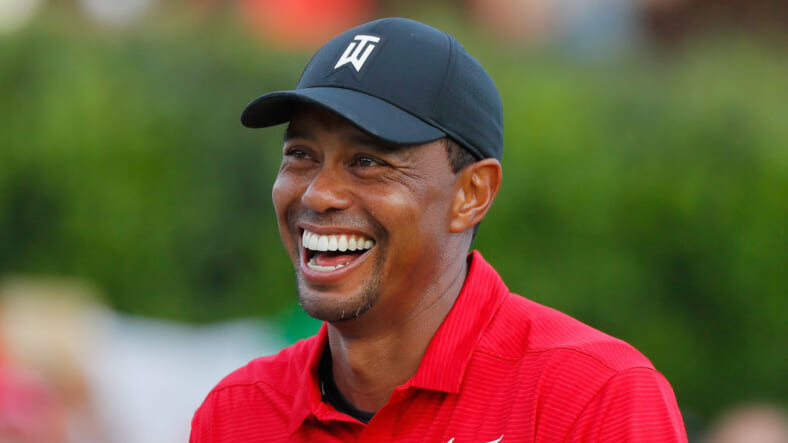 Nike was betting on Tiger Woods to make a historic comeback on Sunday because soon after his Masters win, the retail giant released a video celebrating the golf champ’s latest achievement.

Woods’ five-time Masters win puts him ahead of Arnold Palmer in the history books. And this was his first major competition win in roughly 11 years, The Daily Mail reports.

Nike released a video with clips of Woods over the years and a very young bright-eyed Tiger who dreamed of being a golf champ one day:

The message that accompanied the video reads: “It’s crazy to think a 43-year-old who has experienced every high and every low and has just won his 15th major is chasing the same dream as a 3-year-old.”

Tiger Woods is surely on his way. Woods now only trails Jack Nicklaus who leads the field with six wins.

The 2019 Masters is Woods’ first major win since the 2008 U.S. Open and becomes his 15th major victory, with this fifth win placing him second all-time behind Jack Nicklaus, who holds the Masters win record of six wins.

—Rep. Ilhan Omar says death threats against her have increased since President Trump tweeted about her—

“I was just trying to plod my way around the golf course all day, then all of a sudden I had the lead, and coming up 18, it was just trying to make a 5,” said Woods to CBS Sports about his game. “When I tapped the putt in, I don’t know what I did, but I know I screamed. And then I was just looking for Joey. I shook the guys’ hands and then found Joey, and it was a pretty big embrace. To have my kids there, it’s come full circle. My dad was here in 1997 and now I’m the dad with two kids there.”

When Woods won, it was an iconic moment when his son Charlie gave him a big hug, which was reminiscent of the moment the golf pro’s dad Earl hugged him after his first Master’s win in 1997.