Michael Avenatti accused of bamboozling NBA star out of millions

NBA star Hassan Whiteside.The Miami Heat center claims he wired $2.75 million to Avenatti in January 2017 after negotiating a settlement with his ex-girlfriend, but she never got it. 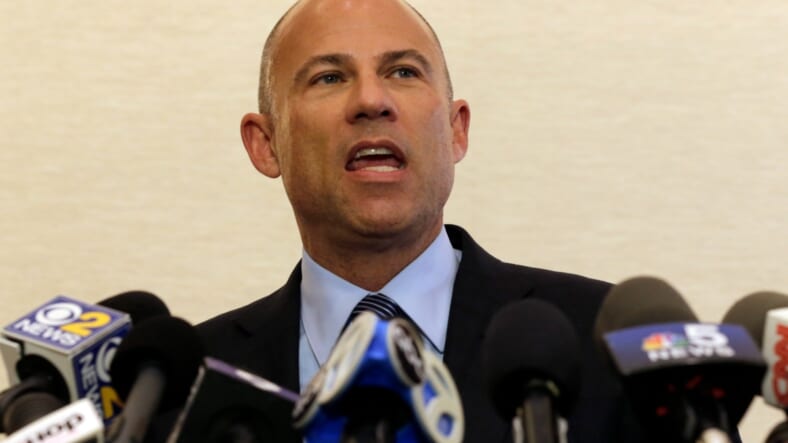 Following allegations that he attempted to extort millions from Nike, celebrity attorney Michael Avenatti is making headlines once again. This time, he is accused of embezzling millions from several clients, including the ex-girlfriend of NBA star Hassan Whiteside.

The Miami Heat center claims he wired $2.75 million to Avenatti in January 2017 after negotiating a settlement with his ex-girlfriend, Alexis Gardner, the Los Angeles Times reports.

Avenatti, who represented Gardner, struck a $3-million deal, and the $2.75 million was Whiteside’s first payment. Prosecutors allege Avenatti was slated to receive just over $1 million in legal fees, leaving $1.75 million for Gardner. Instead, prosecutors accused him of taking $2.5 million to purchase a share in a private jet.

Avenatti’s alleged dirty deed was revealed during his 36-count federal indictment in California on April 10 on charges of fraud, perjury, failure to pay taxes and slew of other financial crimes, the Times writes.

Meanwhile, Gardner is said to be one of five clients who were allegedly bamboozeled by the Avenatti.

Gardner said in a statement to the Los Angeles Times that he and Whiteside “entered into a mutually agreed upon settlement” following the end of their relationship. The settlement was simply payment to his ex for her support and the time she invested as Hassan pursued a pro basketball career.

“It is unfortunate that something that was meant to be kept private between us is now being publicly reported. We have both moved on amicably and wish nothing but the best for each other,” said Whiteside and Gardner a statement.

Avenatti reportedly faces a up to 335 years in prison if convicted of all charges on both coasts, Quartz reports.

He has denied any wrongdoing.