Rapper YNW Melly has been charged in connection with the killing of two of his friends. 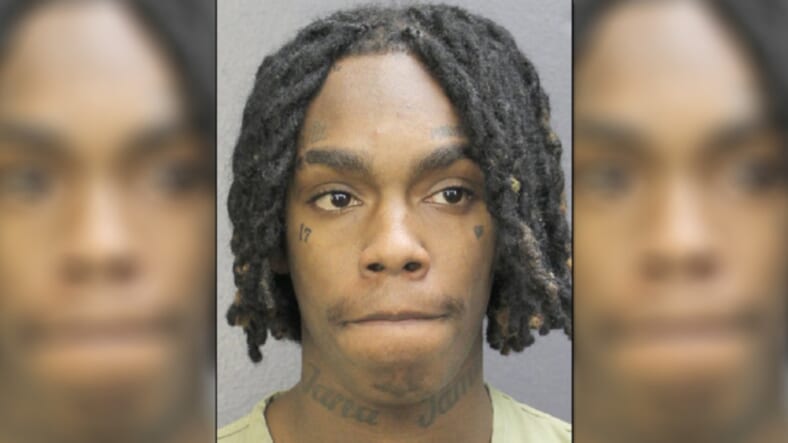 Rapper YNW Melly may get the death penalty for the murder cover-up of two friends that he allegedly pretended were killed by someone else.

According to court records, Page Six reports, Melly whose real name is Jamell Demons, and his friend, Cortlen Henry, killed two other men, Christopher Thomas Jr., 19, and Anthony Williams, 21, last October in his car and attempted to make it look like a drive-by shooting.

—Herman Cain pulls out of consideration for Federal Reserve Board—

It was all for money, the Broward County, Florida, State Attorney’s Office said and they intend to seek capital punishment for the cold-blooded crime.

According to the court document filed last week, the crimes were “especially heinous, atrocious, or cruel.”

Unfortunately, the victims were pronounced dead at the hospital suffering from gunshot woods in the head, torso, and back.

Henry reportedly informed the police that he and his two friends just finished a studio session late that night, and as he was getting off the freeway, a car opened fire on the driver’s side of the car.

Cops did confirm that they found eight bullet holes on the right side of the car where the two victims were sitting. Henry, on the other hand, was not injured.

During the investigation, police found that Henry’s story was a lie.

Officers found a shell casing in the car, along with eight other matching shell casings in another location. This other location is where they believe the rapper and Henry shot up the car in efforts to make it look like a drive-by shooting.

Surveillance footage that night shows YNW, Henry getting in the car on the back left-hand side, along with Williams and Thomas leaving the recording studio.

To make matters worse, police say after the two friends were shot, YNW and Henry drove their bodies around for a while. YNW got out of the car before Henry drove the victims to the hospital.

YNW and Henry are now being charged with two counts of first-degree murder for their deaths.

Demons has a court date Thursday. He was jailed without bond and has pleaded not guilty.