A man who helped carry out the dragging death of James Byrd Jr. was executed by injection on Wednesday evening in a Texas prison. 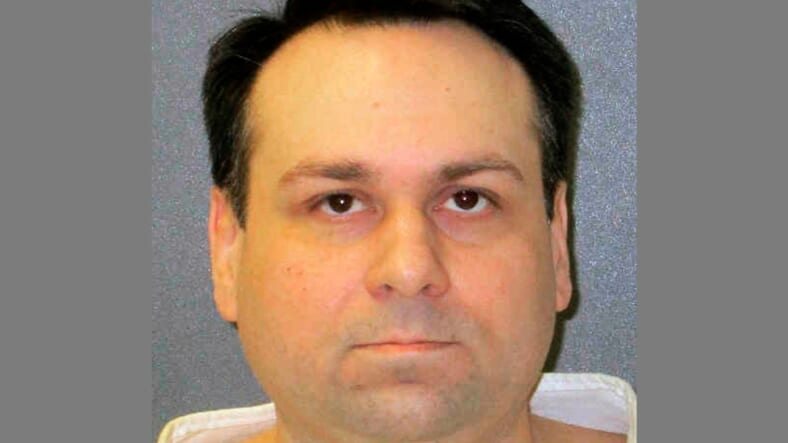 John William King, who was one of three men convicted for murder behind the gruesome killing of a Black man they dragged behind a pickup truck, was executed by lethal injection in a Texas prison Wednesday, CNN reports.

As Byrd’s family looked on, King didn’t utter any words and simply said, “No,” when the warden asked him about his last words, said Jeremy Desel with the Texas Department of Criminal Justice. In a written statement, however, he did write: “Capital Punishment: Them without the capital get the punishment.”

“There was no sense of relief,” she said. It was “just punishment.”

“King showed no remorse, not Wednesday, not ever,” she said.

Desel said King closed his eyes and took a deep breath when the execution began.

King was the ringleader in the grisly slaying of James Byrd Jr in Jasper, Texas in 1998, The Daily Mail reports.

An accomplice, Lawrence Russell Brewer was executed in 2011 for the vicious hate crime. Another participant, Shawn Allen Berry, is currently serving life in prison.

The three white men brutally beat Byrd after offering him a ride on June 7, 1998. The men then chained Byrd to the back of their pick-up truck and dragged him for more than three miles which tore his body to pieces.

The murder was called one of the most gruesome hate crimes in US history and helped inspire Congress to pass federal hate crime legislation, according to reports.

“Hate has not gone away,” Byrd’s sister, Mylinda Washington told reporters. “Every week in the news, we’re reminded of that.”

The family went on to create the Byrd Foundation for Racial Healing and according to Louvon Byrd Harris, another one of Byrd’s sisters, the family wants to build a multicultural museum in an effort to foster diversity and cultural inclusivity and education.