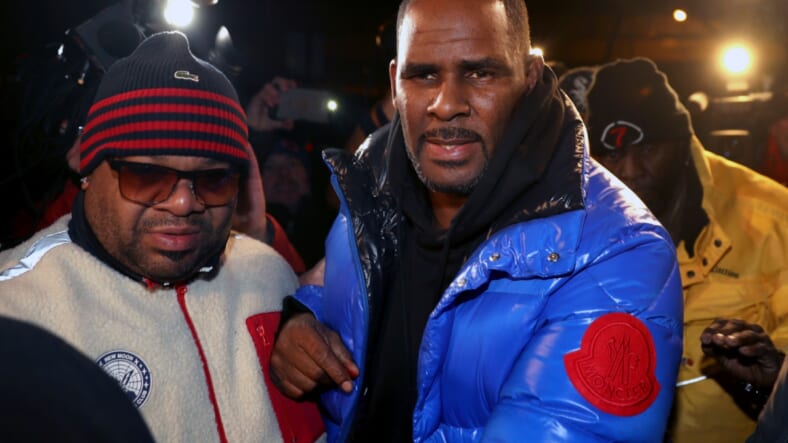 With a major case pending and money troubles, R. Kelly has not been having a good year. Now federal investigators are said to be looking for more sex tapes that allegedly involve the singer and underage girls.

According to TMZ, the U.S. Attorney’s Office for the Northern District of Illinois is interviewing parties closely associated with Kelly about the possible existence other VHS tapes. There have been rumors regarding a stash of tapes since his 2008 trial, but TMZ reports the stash has yet to be found. Kelly was found not guilty in that case.

The site has reported that the feds in Illinois are building another case against the disgraced singer, which is entirely separate from the two probes currently underway in New York. The Illinois investigators are looking into Kelly on three fronts: sex trafficking, tax evasion and obstruction of justice.

In regards to the obstruction of justice investigation, prosecutors have been asking people close to Kelly an array of questions focusing on his 2008 trial, believing Kelly and his handlers may have pressured witnesses by issuing payoffs to prevent them from testifying in court or speaking publicly according to TMZ.

The purpose of this, as with all investigations, is to see if there was or was not wrongdoing,” Kelly’s attorney Steven Greenberg said. “It certainly does not mean there was.”

Allegations against Kelly were thrust back into the national spotlight after the airing of the Lifetime’s  Surviving R. Kelly in January. The docu-series, which was executive produced by Dream Hampton, broke rating records with over 2 million views. There were also reported increases in calls to sexual assault hotlines.

Shortly after the airing of the docu-series, which featured over 50 interviews and chronicled various claims of sexual, physical and emotional abuse, Kelly was charged with 10 counts of aggravated sexual abuse involving four victims, three of whom were between 13 and 16 years old.