North Carolina teen has her sight set on the future. 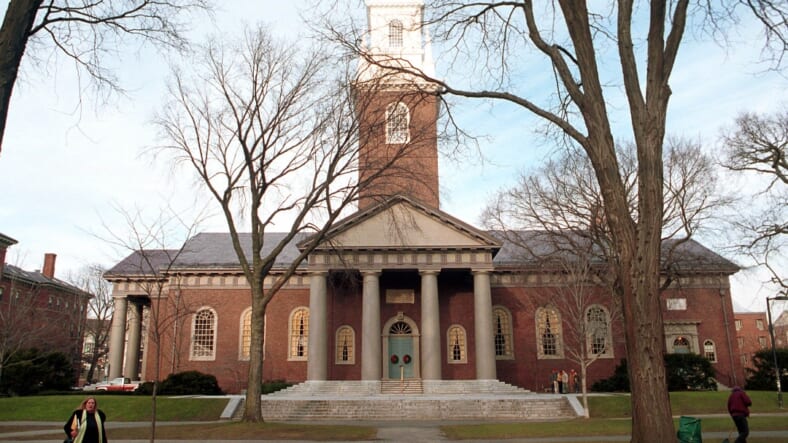 Nadia Muhammad, 16, is smart and heading to Harvard Summer School.

The high school sophomore who attends Triad Math and Science Academy in Greensboro, North Carolina has been taking college classes since she was 14 and will spend seven weeks this summer at Harvard to complete eight credit hours of coursework.

“I take calculus now. I love it. It’s fun!” Muhammad gushed to a WFMY Channel 2 News reporter, which is likely atypical for your average teenager. But then she also enjoys things a bit more common to teenagers: “I play volleyball, I like to volunteer, I like to code, I like learning about science, I do a lot of stuff! I really do.”

At 14, Nadia started taking college classes at North Carolina A&T University in Greensboro. This summer, she heads off to Harvard for summer school.

Nadia’s mom, Taryn J. Mitchell Muhammad, says her daughter has been special since she was a baby.

“They studied her at UNCG (the University of North Carolina at Greensboro) in the psychology department because they were trying to figure out how this little girl who wasn’t even 1 year old could speak in full and complete sentences,” Mitchell Muhammad said.

Now the teenager has her eye on the future. She said she’s excited about going to summer school at Harvard, but hopes to attend the Massachusetts Institute of Technology (MIT) after she graduates high school.

“My dream school is MIT,” Nadia told WFMY Channel 2. “I would love to go there and study computer science.”

To pay for summer school tuition and fees at Harvard, Nadia’s mother has started a GoFundMe page. Mitchell Muhammad says her family had previously raised $7,000 toward the college expenses but were short about $8,000 for other program expenses and campus housing. So far, the GoFundMe account has raised $3,781 of the $8,000.

The deadline to secure the additional funding is May 21.

“You will not be sorry you helped!” her mother told the news channel.