Karma is Real: Why Central Park Five should push for racist prosecutor Linda Fairstein to be disbarred 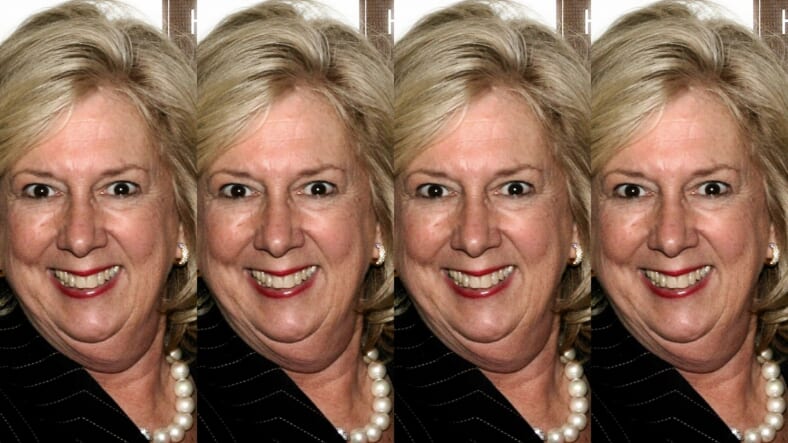 Karma has a price and author and retired attorney, Sophia A Nelson explains why it’s time that Linda Fairstein pay her dues for what she did to the Central Park Five 30 years ago. (Photo by Scott Wintrow/Getty Images)

Over the past few years, we have seen an increase in criminal cases where Black men, once wrongfully convicted and imprisoned for crimes they did not commit, eventually walk free thanks to DNA evidence or cold case exonerations.

These men, young when they were unfairly sent to their demise, almost always are poor, working class, from the rural South or inner cities. They are almost always the tragic victims of racial profiling by racist police, investigators and sadder still, district attorneys who are sworn to uphold equal justice for all under the law.

In no place is this made clearer than in the recent depiction of five Black and Latino teen boys who were wrongfully convicted of raping and brutally beating a white woman in Central Park in 1989. Their story has most recently been portrayed by Ava Duvernay in the Netflix limited series, “When They See Us.”

Watching this series was hard, but to truly understand the back story of these five young men is to become angry for this miscarriage of justice they received. The chief of the Manhattan district attorney’s sex crimes unit who led the prosecutions team at the time was Linda Fairstein.

In the film, Fairstein is depicted as a ruthless, soulless woman who, from the moment these five, innocent teenage Black boys were picked up by the police, she stopped at nothing to pin this horrific crime on them even though she knew that they were not likely guilty. 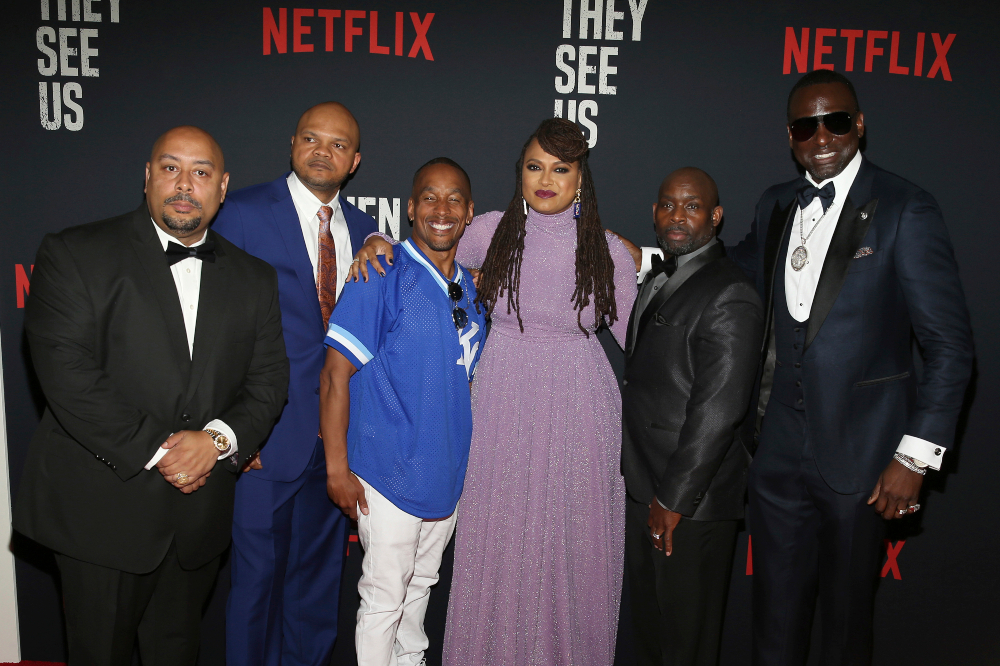 In this May 20, 2019 file photo, Director Ava DuVernay, center, with the Central Park 5: Raymond Santana, from left, Kevin Richardson, Korey Wise, Anthony McCray and Yuesf Salaam,  following the release of the Netflix series “When They See Us.” (Photo by Donald Traill/Invision/AP)

They say that art imitates life. In this case, the Fairstein depicted in the series, is exactly the Fairstein of real life. Only the one in real life has benefitted and prospered off her case work as an ADA in Manhattan’s famed prosecutor’s office. Since putting the Central Park Five in prison, Fairstein has enjoyed a lucrative and successful career as a former prosecutor, an award-winning novelist and has sat on a number of prestigious boards.

For all these years, she’s been hailed as some sort of crusader for justice. When, considering what we know now, we see that she was nothing more than an overly aggressive racist piranha who, by any means, necessary, wanted to pin this crime on these Black boys. It makes me wonder, how many other times did race play a part in her decision making as an ADA?

Consider the words of the appellate judge in 1993 when one of the boys, Yusef Salaam appealed his conviction. Although the appeal was denied, then D.A. Fairstein’s behavior was so outrageous to Judge Vito Titone that he specifically named her in his dissenting opinion and said in an interview, “I was concerned about a criminal justice system that would tolerate the conduct of the prosecutor, Linda Fairstein, who deliberately engineered the 15-year-old’s confession. … Fairstein wanted to make a name. She didn’t care. She wasn’t a human.”

Yet, despite the concerns of the judge, her colleagues, the media and the families of the boys, Fairstein, was allowed to keep her job and flourish. Despite the fact that she arguably went easier on the high-profile “Preppie Killer” case three years before involving Robert Chambers, a white, wealthy, All-American young man who killed 18-year old Jennifer Levin also in Central Park.

The real horror story here is that Fairstein has been allowed to benefit from a system of so-called justice that rewards abuse of power, and unethical conduct when it comes to poor, Black, brown or the otherwise disenfranchised. 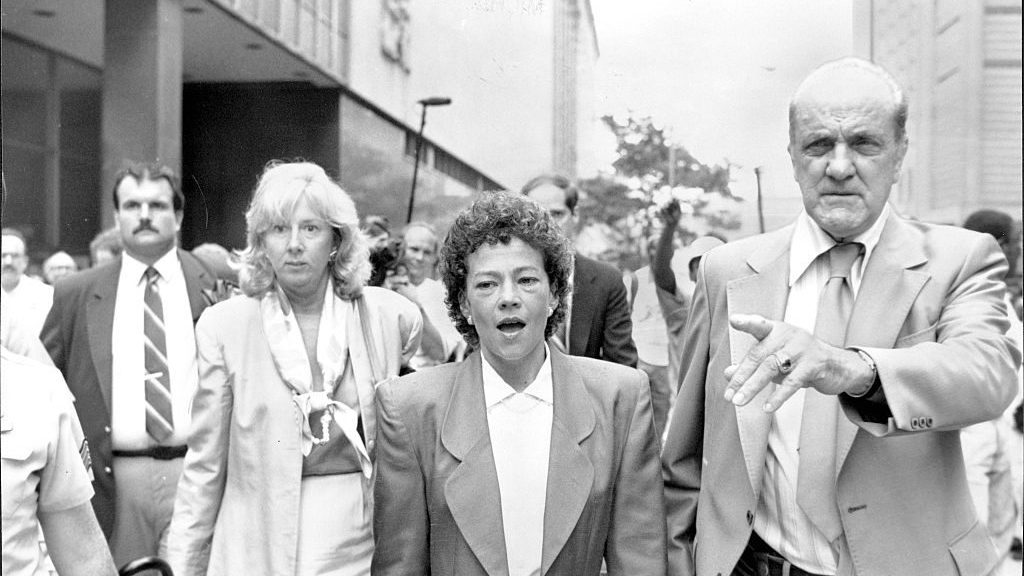 While this story has shaken us all to our core, what can be done with Fairstein and her racist cohorts? The challenge is that today, the answer is not much. The men settled for $41 million for the malicious prosecution of their case. As a former attorney, who has read many settlement agreements, I can tell you that it is more than likely that the Central Park Five had to give up any and all claims against Fairstein, her colleagues, the city of New York as well as the State of New York.

As a retired attorney, I am appalled at what Fairstein and her colleagues in the Manhattan D.A.’s office did all those years ago. I absolutely believe that she should be held accountable, but I believe the only way to do that is to file an ethics complaint with the BAR of New York in an effort to get her disbarred.

Any of the men who were unjustly imprisoned can file a complaint as well as organizations like ACLU  or NAACP or elected officials and members of Congress to show her egregious violation of the law. It will incite an investigation into her past practices, and likely unearth other instances of injustice. It’s extremely hard to recover from the stigma of losing your law license, but it just may be the most significant way for Fairstein to pay for her ungodly sins.

“… Fairstein wanted to make a name. She didn’t care. She wasn’t a human.”— Judge Vito Titone

These five innocent men have received something that most exonerated people never get — the ability to tell their story. The beauty of this ending is that they’ve all gone on to live the rest of their lives on their own terms, albeit they are likely scarred emotionally for the rest of their days.

The icing on the cake is that Fairstein is paying a heavy price (more valuable than money) right now after being “canceled” because of the re-interest in this case. She has deactivated her social media accounts, resigned from her role as a trustee at Vassar and now there are calls for Amazon to pull all her books. And, I suspect before long someone will actually file that ethics complaint to start the process of getting her disbarred.

Karma has a price and it’s time that Linda Fairstein pay her dues.

Sophia A. Nelson is an award winning journalist and author of the award winning book, “Black Woman Redefined: Dispelling Myths and Discovering Fulfillment in the Age of Michelle Obama.”