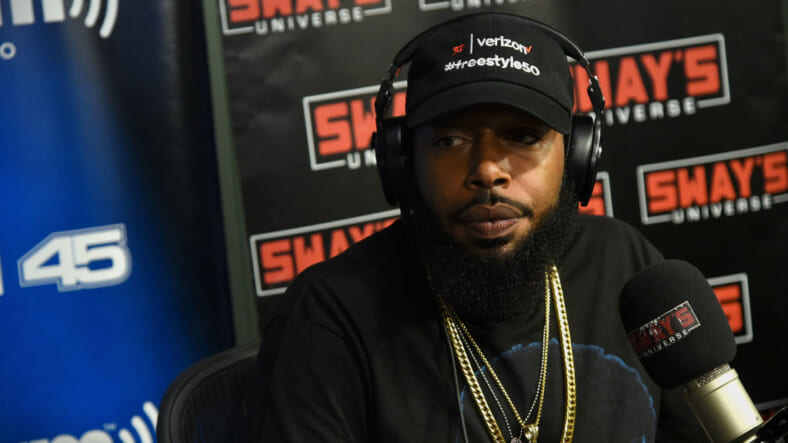 A rapper named Tre Da Kid had his life cut short when he was hit with a hail of bullets in a drive-by just an hour before he was about to hit the stage in Baltimore.

—Rapper Bushwick Bill of the Geto Boys dies at 52—

The 32-year-old, born Edward Montre Seay, was reportedly pronounced dead on the scene and died from his gunshot wounds.

Seay was headed to The One Sports Bar & Lounge in Baltimore when police received a 911 call that the rapper’s car crashed around 9:19 p.m. No one else was in the vehicle, The Capital Gazette reports.

Police are still trying to determine if Seay was targeted because of his rap career or if he’s the random victim of a drive-by shooting.

The promising rapper made a name for himself after winning Verizon’s 2016 #Freestyle50 rap contest where he took home the $10,000 top prize and earned a 300 Entertainment recording contract.

“Tre impressed the judges with his delivery, showmanship and off-the-dome creativity,” 300’s co-founder Kevin Liles said about the artist.

He even rapped about how rap saved him.

“I think about the days I could have died like 10 times. Only thing that saved me was rap, I had to spit rhymes,” he rapped.

Baltimore PD is offering a $2,000 for information on the Seay killing.