What we learned from John Singleton: Why Black men need to get serious about their health

ANALYSIS: With Father's Day weekend here, it's important that Black men remember that their health is crucial not only to themselves, but to those around them as well 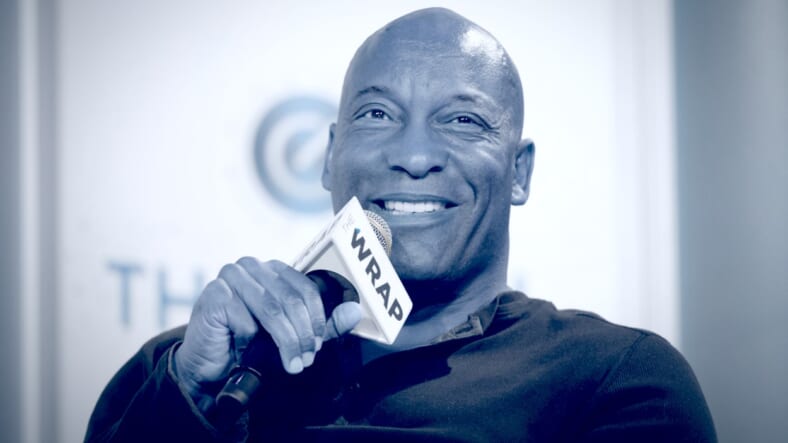 When the news broke in April that filmmaker John Singleton had died from a stroke, at only 51 years old, fans and colleagues were shocked by the untimely and completely unexpected loss.

In the wake of this tragedy, we’ve since found out that a number of other celebrated Black men are dying from a specific list of health issues that plague our community as a whole. As Father’s Day quickly approaches, it’s left many of us wondering how to make sure the patriarchs in our own lives don’t fall victim to the same fates.

To help us take a closer look at Black men’s health, we spoke to Dr. Mark M. Murray, an interventional neurologist at Centura Health Physicians Group Neuroscience and Spine in Lakewood, Col.

In addition to being a stroke specialist, Dr. Murray is also a huge Singleton fan, and says the death of one of his favorite directors hit closer to home than he expected.

A jarring wake up call

“People assume that strokes only happen to old people. But I’ve treated people in their teens with strokes and I’ve even treated children who had strokes. This can affect all ages, all genders. It doesn’t really care who you are,” he explains. “But when I heard John Singleton had a stroke, it hit me differently. I still remember when Boyz n the Hood came out. I was only a few years out of high school. And I think that movie changed my life. My friends and I were obsessed with it. ”

“So for [Singleton] to die from this, knowing he had access to top notch medicine and the means to see some of the best doctors around, but still ended up losing his life way too early — that just reinforced to me why I do this work,” continued Dr. Murray. “When I do my mentorship for the young Black men here in Denver, or when I talk to my friends and try to persuade them to go get a check up, unfortunately now I have a tragic example to point to. This is someone we all knew and respected. He was only a few years older than me when he died. Now I can say to other Black men. ‘Look, if it can happen to him, it can happen to any of us.’”

Why do Black men avoid the doctor’s office?

When asked why he thinks Black men have such a resistance to seeing a doctor until something actually goes wrong, the doctor says the answer is complicated and steeped in past traumas.

“It has a lot to do with our history. There’s a distrust of establishment period,” he responded. “This is because a lot of times establishment was against us. And then if you look at all of the unethical things that were done to us medically in the past, (and I don’t just mean Tuskegee), as a result we have a deep seated and understandable mistrust of medicine.

“There’s also a whole a macho attitude in our culture that tells men not to admit pain or weakness. I remember once my father stepped on a board with a rusty nail, and it went through his foot,” Murray said. “Instead of acknowledging he was hurt, he pulled the nail out, and told me he’d just put some spit and dirt on it and move on. That mindset is pervasive, and prevents a lot of men from getting proactive medical care.”

Dr. Murray also strongly believes education and preventative care could go a long way in decreasing most of the health related deaths we see in the Black community.

He said that the emphasis on Black men’s health is important because “high blood pressure, diabetes, high cholesterol, those three things are risk factors for a lot of the things that affect us. John Singleton’s death made us take a closer look at stroke, but 70 – 90% of strokes are actually preventable.”

Watching blood pressure, cholesterol, and blood sugar along would make a huge difference, Murray said. But our traditional diets can be one of our biggest challenges.

“And look, I like the same type of stuff. My dad does too,” said Murray. “Food is a part of culture, so it’s tied to us, right? And it’s all so delicious, I get it. But a lot of it isn’t’s made in a way that’s probably the best for us. And it’s killing us.

“I just want people to be educated about this topic that affects our community so heavily. I want us to enjoy life but still manage our weight, and watch out for high blood pressure, diabetes and cholesterol. Don’t smoke and when you do drink, do it in moderation. Those simple steps could decrease the risk of having to deal with a ton of the top things that affect Black men.”

If you remember nothing else

Murray advises that if you think you or someone you know is suffering a stroke, err on the side of caution and get to a hospital or call 911. The BE FAST check list shows what to look out for. He also says for more information, resources from organizations like the American Stroke Association, and the National Stroke Association is readily available, and also from the website StrokeAwareness.com

“If all this sounds daunting, and you only walk away remembering one thing — please get a primary care doctor and make it a priority to see them at least once a year. That simple step alone could literally save your life. If you love a Black man whose hesitant to look into his health, tell him that annual appointment is his easy button.

“With Father’s Day coming up, I know many of us want to be with our kids. We want to share these beautiful experiences with them,” Murray said. “And the only way you can do that is to first take care of yourself. If you don’t make your health a priority for you, at least do it for all the other people in your life who depend on you.”