B. Smith’s husband Dan Gasby continues to claim wife approves of his side chick while she battles Alzheimer’s 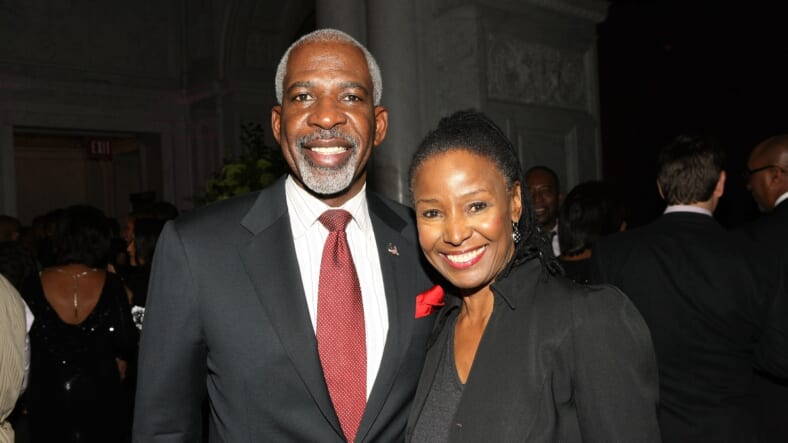 While the world continues to give B. Smith’s husband the side-eye for moving on with a girlfriend while the famed restaurateur battles Alzheimer’s disease, he insists that he’s been taking good care of her all the while.

—‘I love my wife but I can’t let her take away my life!’: B. Smith’s husband responds to critics—

Dan Gasby’s been under fire for parading his girlfriend Alex Lerner around his ailing wife who has significant memory loss and then doing a number of interviews late last year explaining that she approved.

Recently he talked to Page Six to continue to try to explain that he’s giving his wife the best care.

“Barbara’s being cared for and loved. She’s not in a box. Not struggling or dying,” he told the outlet. “I take care of Barbara. I’ll always take care of her.”

“Everybody tells you how to live your life,” he said. “But that’s while they’re living theirs and not surviving through our problems. I’m in my 60s. I lived tied up in a box five years. Childlike, Barbara can no longer spell a word,” he said.

The social media backlash has been harsh and swift for Gasby from those who quickly condemned him for bringing a white woman into the home while B. Smith suffers from the disease. But Gasby maintains that his relationship with his girlfriend is wife-approved.

“I take care of Barbara. I’ll always take care of her. My daughter, Dana, who’s 32, is caring for her. My ladyfriend Alexandra is taking care. We’ve gone through the whole circle of brain foundations. Diagnosed with dementia in 2013, Barbara then told me to live my life. It would maybe not be bad if I weren’t so lonely.