Beyonce’s makeup artist, Sir John, confirms her son Sir was named after him

Although Bey is known for safeguarding her life and have held the meaning and origins of her twins’ names close, we now have some intel on her son’s name and it seems she named Sir after her makeup artist. 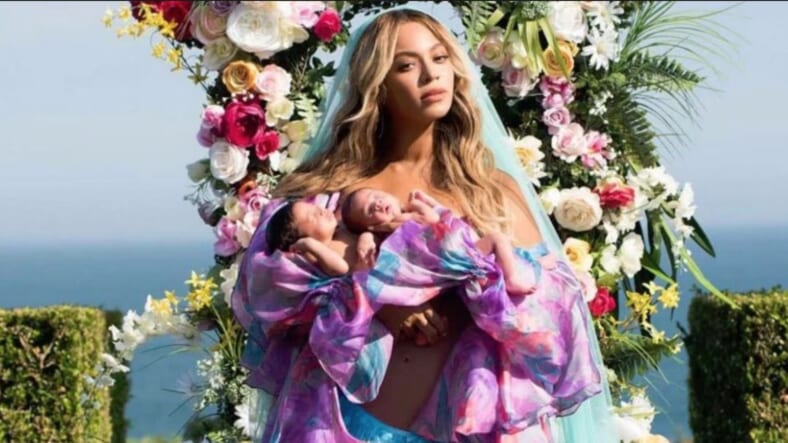 Beyonce and Jay-Z’s children surely have unique names like Blue Ivy, who was named after a tree and then there are the distinctive names of her twins Rumi and Sir who we’re still clueless about, until now.

Although Bey is known for safeguarding her life and have held the meaning and origins of her twins’ names close, we now have some intel on her son’s name and it seems she named Sir after her makeup artist, InStyle reports.

In an interview with a beauty blogger, Shayla, Beyonce’s renowned makeup artist Sir John who is the force behind giving the Queen Bee a good looking face confirmed that he is the person little Sir bears his name after.

The conversation came about as Sir John who was promoting his Lion King Collection with Luminess Cosmetics. He talked about how he still keeps it professional when interacting with his client even though they’ve known each other for years and are probably closer than family.

Then Sir John gave a good hard nod when Shayla asked him about Bey’s baby being named after him. “Even though she named the baby after you?” Shayla asks. His smile and nod said it all.

READ MORE: FIRST LOOK: Check out Beyonce as Nala in ‘The Lion King’

Sir explains: “I was in Glendale, CA filming the first season of America’s Beauty Star and my phone was blowing up,” he says, “I guess she had filed a trademark for the name. That was the most popular week of my life.”

Check out the video at the 19 minute mark to get all the tea.

Sir’s Lion King Collection is right on time as his boss Bey prepares for the highly anticipated release of the remake of Disney’s Lion King. Bey plays Nala.