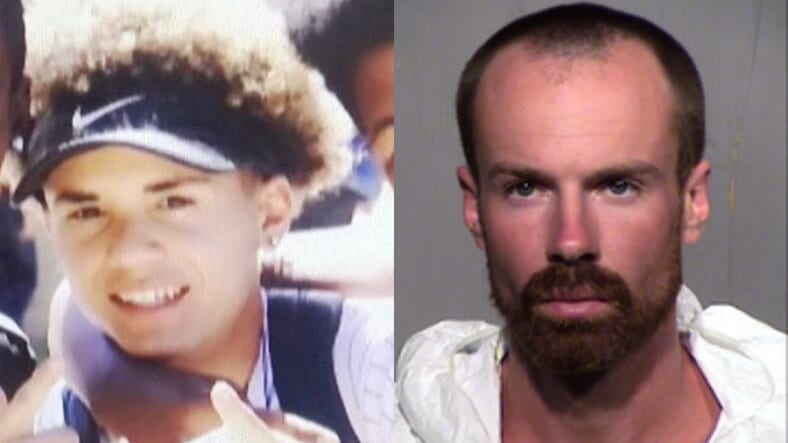 The killing of an innocent Black teen by a white man who said he felt threatened by the rap music the 17-year-old was playing has prompted family members and activists to call for the heinous murder to be categorized as a hate crime.

Since the killing of Elijah Al-Amin, there has been an outcry by community leaders to bring hate crime charges against 27-year-old Michael Paul Adams, who viciously stabbed Al-Amin and then confessed.

The hashtag #JusticeforElijah began trending after he was killed at a Circle K store in Peoria, Arizona, last Thursday. His family and others are demanding that the homicide include hate crime charges, AZ Central reports.

“When you talk about an individual attacked by their type of music…This is very radicalized language that’s being used. There is definitely a hate component to the crime,” said Imraan Siddiqi, executive director of the Arizona Council on American Islamic Relations (CAIR).

Amanda Steele, a spokeswoman for the Maricopa County Attorney’s Office, told reporters that the case is still in its infancy in determining what would be included in the case.

On Monday, a vigil was reportedly held for Elijah as family and friends gathered at the Islamic Community Center in Tempe to pay their respects.

According to police reports, Adams approached the teen inside the store at 1:42 AM and stabbed him and then slit his throat with a pocket knife.

Adams, who had just been released from prison two days before, told police that “rap music made him feel unsafe because in the past, he was attacked by people who listened to that music genre,” according to court documents.

Police say Adams expressed he, “needed to be proactive rather than reactive and protect himself and the community from the victim” even though Al-Amin did nothing to threaten him.

Surveillance footage shows the teen walking into the convenience store and Adams walking in a few seconds later.

Jacie Cotterell, Adams’ lawyer, is questioning his ability to access mental health services after he was released from prison and many are concerned that this will be part of his defense.

Adams is reportedly scheduled to appear in court July 15 for a preliminary hearing.