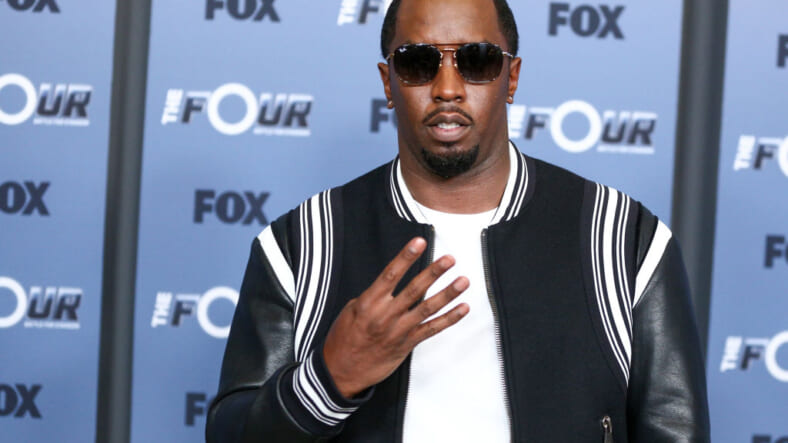 Diddy is taking his REVOLT Summit to a whole new level, partnering with AT&T to give away free general admission tickets touts NYC Kickoff on August 24.

The reimagined  NYC event sponsored by AT&T will offer a taste of the conversation and music that will take over Atlanta and Los Angeles later this year at the highly anticipated REVOLT Summit series, a multi-city Hip Hop event inspired by the former REVOLT Music Conference (RMC).

“The REVOLT Summit brings artists, creators and executives together to celebrate the culture and empower the community,” says REVOLT Chairman Sean Combs. “We’re starting in New York, then going to Atlanta and Los Angeles — Three cities that live and breathe Hip Hop.”

Diddy teases ‘Making The Band’ reboot, but he’s ‘kind of on the fence about it’

The celebratory event in New York will feature a live presentation of REVOLT’s “State of the Culture” with Joe Budden and co-hosts Remy Ma and Jinx along with special guest ASAP Ferg.

Charlamgane tha God will join a moderated panel designed to share inside knowledge on the business of Hip Hop and start the discussion on issues important to the culture. Hosted by creator, actor, comedian and recording artist DC Young Fly, the event will culminate with special live concert performances from magnetic breakout singer, Queen Naija.

VIP tickets will only be available at select New York based AT&T retail stores. VIP perks include front-of-the-line access, premium seating and exclusive pre-event networking opportunity with industry experts to be announced. Follow #REVOLTSUMMIT to get the latest updates on VIP tickets to the New York kickoff.

“We are excited to officially launch the REVOLT Summit at Brooklyn’s famed Kings Theatre,” said REVOLT CEO, Roma Khanna. “Here guests will have the opportunity to engage and be part of a live State of the Culture event and be part of the discussion of Hip Hop culture today.  We want to share a real understanding and glimpse of what’s to come at the Summits in Atlanta and Los Angeles.”

General admission tickets to the New York event are now available at REVOLTSummit.com.

Headliners and ticket sales for the Atlanta and LA events will be announced soon.