5 things you need to know about Lashana Lynch, our new ‘007’

Fans have been salivating over rumors that Idris Elba could possibly take over Daniel Craig‘s legendary roll as James Bond in the iconic 007 spy movie franchise. This week, we were all shocked to learn that British actress Lashana Lynch is actually up for the coveted gig instead.

So, are audiences ready for a sister to play 007?

Plot details on the yet untitled “Bond 25” are still a heavily guarded secret, but we’re more intrigued by Lynch and what she’s about to bring to this big box office role. Here are several fun facts about the 31-year old starlet and details on how producers plan to let her shake things up in the upcoming espionage adventure.

When news broke of the casting choice for this new film, many people assumed it meant that Lynch would be portraying the James Bond character. While turning Bond into a Black woman sounds like a marvelous idea conceptually, it’s not quite what’s happening here.

A source has revealed details to the Daily Mail stating, “There is a pivotal scene at the start of the film where M says, ‘Come in 007,’ and in walks Lashana who is Black, beautiful and a woman.

While Lynch will have the 007 designation from Her Majesty’s Secret Service in the film, James Bond is still being played by Daniel Craig. In fact, according to Heavy, Lynch only takes over Bond’s 007 agent number because the character has retired from MI6. Within minutes of the film, Craig comes out of retirement and takes his job back from her.

After the initial confusion, die hard fans quickly took to social media to clarify that 007 and James Bond are not interchangeable.

The new James Bond IS NOT a woman. People are just reading headlines. If you actually read the articles it says she's not the new Bond, but a new character who takes over his secret agent number after he leaves MI6. So put your pitchforks away.

The Bond movies are an international success that have been going strong for 57 years with several generations of devotees. There’s no doubt that Lynch’s part in this movie (no matter how fleeting) will help catapult her career and expose her to a whole new audience. However, this isn’t the first major blockbuster movie for the actress.

Even though she’s still a new face to many of us, The Guardian reports that her breakthrough role actually came earlier this year, as fighter pilot Maria Rambeau in Captain Marvel.

“Maria Rambeau is an ex-test fighter pilot who already knew her strength from a child,” Lynch told theGrio of her character back in March.

“She was raised really well and in turn she knew exactly how to raise her daughter. She’s a proud single mother who doesn’t need the male to tell her what to do or to navigate her narrative and I think she is just in complete control of her power and she learned her power quite early. In that, she recognized the power in Carol and I think that’s what made them really close friends.”

Wait, Lashana Lynch, AKA #CaptainMarvel's MARIA RAMBEAU is going to be the new 007? AWW YEAH! #higherfurtherfaster baby! That girl can act! pic.twitter.com/RdduvwDGJt

The film brought her back to her island roots 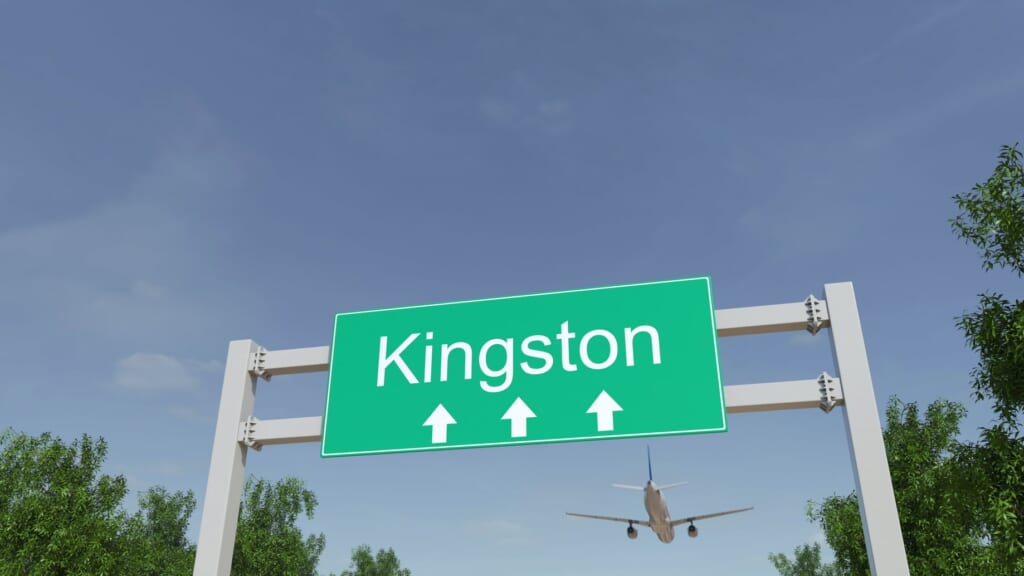 Although Lynch was born in Hammersmith, London, she’s part of the rich Jamaican community that currently exists in U.K.

One of the many perks of shooting the untitled “Bond 25” film is that Lynch filmed part of the film in Jamaica, which must have felt like a homecoming of sorts.

In a 2014 interview with Afridiziak Theatre News, the self proclaimed “London Girl” admitted she has always been heavily influenced by her Jamaican grandmother.

“She was the core of my wisdom today,” Lynch said at the time. “For me, she was the epitome of greatness. Of coming to this country from Jamaica and deciding, ‘I’m going to buy a house, raise my children, have a good life and make things work for me.’ She was like a second mom to me.”

She auditioned for Black Panther

Before landing her role in Captain Marvel, Lynch had already tried to enter the kingdom of Wakanda after auditioning for a role in another Marvel blockbuster hit, Black Panther.

READ MORE: Woman accusing Usher of herpes finally explains why she refused to answer his questions during deposition

“I do know that when ‘Black Panther’ came about, I was like, ‘Now I need to be here. I need to be a part of this family. I have things on my chest that I want to represent,'” she revealed to ComingSoon.net. “And now that I am a part of it, I see exactly the direction that Marvel had taken these characters, and it feels like a special moment for sure.”

Her success is a perfect example of the old adage, “If at first you don’t succeed…”

I’ll see your Black Panther and your Captain Marvel and raise you one James Bond! #WokePoker or #Woker for short.https://t.co/9j5sqpMbwL

She originally wanted to be a singer

Lashana Lynch speaks during a BUILD event at AOL London on July 13, 2017 in London, England. (Photo by Jeff Spicer/Getty Images)

Fans, however, might be surprised to find out that the classically trained actress who attended the prestigious Sylvia Young Theatre School in London actually had her sights set on being a singer well before getting bit by the acting bug.

Given that fellow Fellow Sylvia Young alums Amy Winehouse and Rita Ora were able to find success in music, her dreams seemed plausible enough. It was one of her teachers who talked her into expanding her scope of creative expression to the theatrical stage.

“I sang when I was in primary school and I did singing at Sylvia Young; no acting at all,” Lynch said in a 2014 interview with Afridiziak Theater News. “But it was my singing teacher, Ray who said ‘You can’t not act when you sing, the two come hand in hand.’ So I took up acting during my GCSEs and that’s led on to me going to drama school.”

Impromptu Black and Gold cover at The Hospital Club on Sunday with @nate_notesmusic. Decided in the interval, then did the damn thang. Thought I'd share the bit I messed up on, just for laughs. Enjoy! 🎶🎶

With all of these talents under her belt, we can’t wait to see what Lynch has in store for the years to come.