Police told Jermaine, 35, he couldn't enter the building. But he took it upon himself to rescue her "because that's my mother. There's no limits. That's my mother." 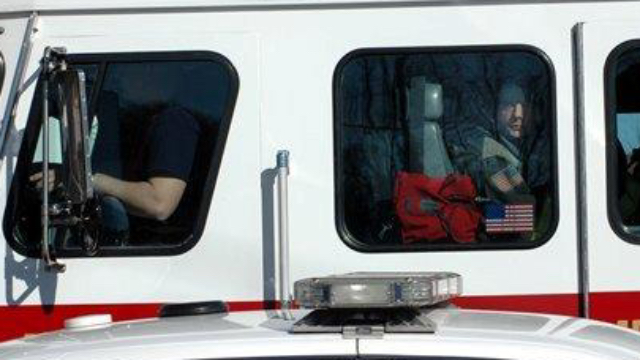 A West Philadelphia man was captured on camera Thursday night scaling a 19-story building to save his bedridden mother from a fire.

The man who identifies himself as Jermaine, 35, once worked in roofing and construction which helped him with his rescue tactics, New York Post reported.

“Glad I had the practice,” Jermaine told ABC affiliate WPVI-TV.

“As kids we used to jump roofs,” he added.

EXCLUSIVE INTERVIEW: Man speaks out after climbing 19-story building during fire looking for his motherhttps://t.co/MPRr8cfpCr

Jermaine’s goal was to save his mother, Sheila, 65, after her apartment building in West Philadelphia caught fire about 9:30 p.m., according to reports. His sister notified him about the situation, and he sprung into action, racing to save his mom from her 15th-floor apartment.

He first tried to enter through the front door of the building , but was stopped by police.

Even with a bad hip, he explained to the news reporter he would stop at nothing to help his mother.

“All for my mom’s safety, period,” Jermaine said.  “I wasn’t worried about mine at all. She can’t get out of the bed or walk around, so if there’s a fire she needs help out.”

The great news is by the time Jermaine reached is mom, she was doing just fine, according to New York Post.

So he climbed back down and firefighters were able to put the fire out without anyone getting hurt. All residents were accounted for and the building was fully evacuated. Alongside three firefighters, four residents were treated for smoke inhalation.

When Jermaine’s mom finally saw the footage of him scaling the building she said she was “shocked” but “not surprised.”

“She knows I’ll go above and ­beyond,” Jermaine said.

And authorities apparently ­understood, too.

“[A cop] told me if I didn’t leave, I was going straight to jail. Because that was his job. But, he actually did cut me a break,” he said. “He understood the circumstances. He knew when your adrenaline is pumping and your mom is up there, you’d do anything you can.”