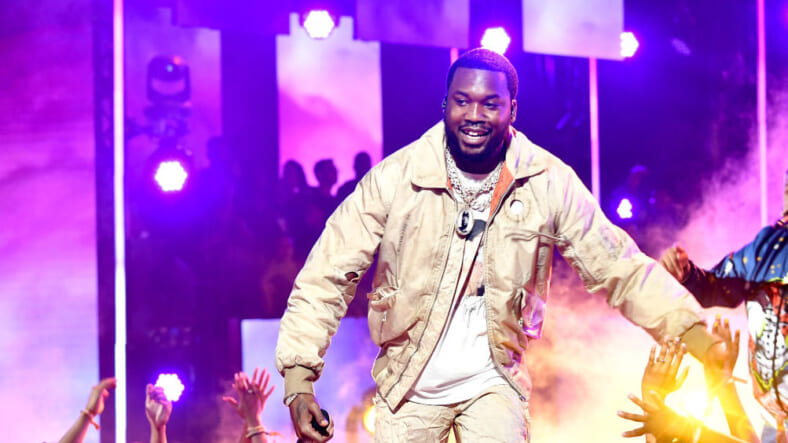 A panel of three judges in Pennsylvania Superior Court threw out Meek Mill’s 2008 gun conviction today and granted the Philadelphia rapper a new trial before a new judge.

The judges unanimously ruled to throw out the conviction, and to give Meek a new trial, jury and judge. The decision replaces Judge Genece Brinkley, who many say had an axe to grind with Meek for quite a while.

Meek was happy with the ruling and took to Twitter to celebrate.

“I’m not on probation right now… new label deal with jayz!!!” Meek wrote, referring to an announcement that he and Jay-Z have teamed up to launch the Dream Chaser record label. “Today was lit already.”

READ MORE: ‘When They See Us’ to get top awards at African American Film Critics Association’s TV Honors

In an earlier post, Meek said “I am not a felon anymore,” including quite a few praying hands emojis. He went on to say, “today was mega!!!”

TMZ reported that the panel of judges found that a key witness in the case against Meek was a dirty cop. The prosecutor also requested a new trial, but Judge Brinkley refused to grant it.

Meek said he was grateful for the panel’s unbiased decision.

“I’d like to thank the Pennsylvania Superior Court judges for their wisdom and their transparency in reviewing my case, unanimously overturning my conviction and granting me a new trial. The past 11 years have been mentally and emotionally challenging, but I’m ecstatic that justice prevailed,” Mill said, adding “This positive outcome wouldn’t have been possible without the support of my family, my attorneys, Jay Z, Desiree Perez, Michael Rubin, the Philadelphia District Attorney’s Office and my supporters who have stood with me through the ups and downs.”

But he also stressed that many people in similar scenarios aren’t so lucky, and vowed to continue fighting for criminal justice reform.

“Unfortunately, millions of people are dealing with similar issues in our country and don’t have the resources to fight back like I did,” Meek said. We need to continue supporting them. I’m committed to working with my team at the REFORM Alliance to change these outdated laws and fix our broken criminal justice system.”