Queen Bey's likeness will be on display, at least for a time at the Smithsonian thanks to the work of a trailblazing young African American photographer 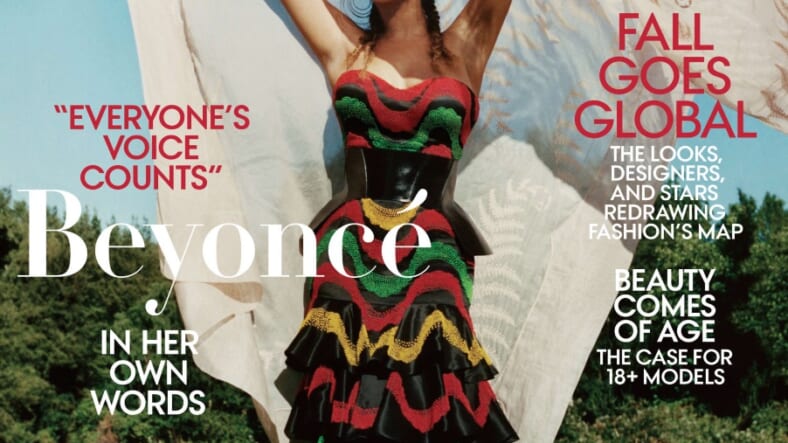 A 2018 photo of Beyoncé shot by Tyler Mitchell, the first the first African-American photographer to shoot a cover for Vogue will now have a place hanging in the Smithsonian’s National Portrait Gallery in Washington D.C.

A year ago today we broke the flood gates open. Since then it was important to spend the whole year running through them making sure every piece of the gate was knocked down. And now I’m glad to share this picture is being acquired into the Smithsonian National Portrait Gallery’s permanent collection

The New York Times confirmed the acquisition of the portrait by the Smithsonian. Museum spokeswoman Concetta Duncan said the piece will not be put on permanent display, but did say when the photo will be viewed is currently being discussed.

“We are delighted to acquire this magnificent portrait of Beyoncé,” Leslie Ureña, associate curator of photographs for the museum, told The Times in a statement. “This particular work brought us closer to Beyoncé’s words, appearing within the magazine’s pages, and showing us more of the historic shoot.”

Duncan said the museum is making sure their photo gallery additions are displaying more diversity. The aim of the gallery is “to tell the story of America by portraying the people who shape this nation’s history, development, and culture.”

The image taken by Mitchell is his first in the gallery, but the second of the singer. The previous was from the promotional campaign for Beyoncé’s solo debut album Dangerously in Love.

Gallery co-owner of the National Portrait Gallery, Robert Chisholm, celebrated the acquisition and who was behind capturing the image.

“I think it’s great that they’re including this new photograph and particularly if it’s a new young African-American photographer,” Chisholm said.

The National Portrait Gallery opened to the public in 1968 and its collection holds over 23,000 pieces.