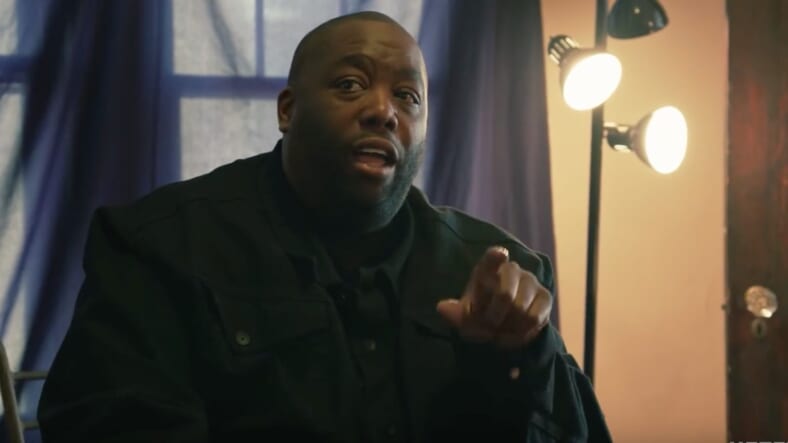 Rapper Killer Mike says you can’t trust it when Black Presidential candidates want to de-arm Black people. He argues against strict gun laws and says guns could have helped people of color during their most oppressive times like slavery.

“If everyone owned guns from day one, it would have been a lot harder to commit acts like slavery and genocide on Native Americans,” Render said. “If you read the book ‘Guns, Germs and Steel,’ it kind of explains to you, you know, why a lot of the wars indigenous people lost was because people came with superior technology and guns.”

Mike, whose real name is Michael Render, is backing Vermont Sen. Bernie Sanders’s presidential bid for the second time. He’s distanced himself from Sen. Kamala Harris and Sen. Cory Booker, both who have launched presidential campaigns and have firm stances on gun control like a ban on assault rifles, and implementing universal background checks and mandating a license for gun owners.

Sanders’ record has changed too, and he now is in support of universal background checks and an assault weapons ban.

But it’s the Black folks that Mike has a problem with given the African American experience is wrought with fighting for civil rights and fighting for their lives.

“A Winchester rifle should have a place of honor in every black home, and it should be used for that protection which the law refuses to give,” he said quoting civil rights icon Ida B. Wells.