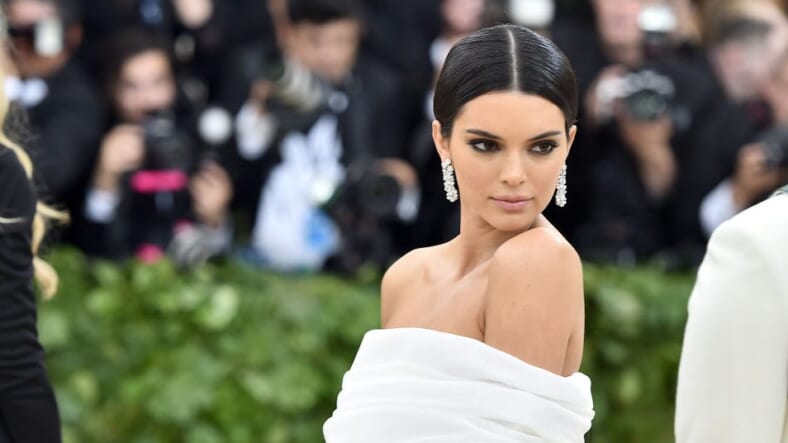 Kendall Jenner has pissed people off by once again wearing her hair in a braided hairstyle.

But the reality TV supermodel, who has before been accused of cultural appropriation, seemed unbothered by the backlash, posting up pics out and about Aug. 23, showing off her cornrows as fans reminded her the Keeping Up with the Kardashians star to stay in her lane, PEOPLE reports.

“I’m EXHAUSTED of white people constantly appropriating black culture and wearing hairstyles that we are always ridiculed/ chastised for having and just doing it because they want to ‘look different’ or ‘stand out,’ ” wrote one user. “We wear these hairstyles to PROTECT our natural hair from damages but they wanna wear it because it looks cool. It shouldn’t be worn by them period.”

Most recently Kim and Kylie Jenner came out showing off a one-legged bodysuit with E! News giving them a shout-out saying they were one leg up on a trend. However, famed Olympic runner Florence Griffith Joyner, aka Flo Jo, been there, done that decades ago.

Kim Kardashian and Kylie Jenner are getting a LEG up on the next fashion trend. https://t.co/G5T14wDhm1 pic.twitter.com/JZgMKCovBk

Kim has defended wearing braids saying that her oldest daughter North loves them and courages her to them to wear them.

“My daughter actually loves braids, like this last time I wore [them], she helps me pick out a look and will show me pictures. I just think if it comes from a place of love and you’re using it as cultural inspiration, then I think it is okay,” she continued. “Sometimes I think maybe if you don’t communicate where you got the inspiration from — and I’ve done that in the past — then people might not understand it,” she previously said.

“I think as long as it comes from a place of love and you’re getting inspired, then it is okay,” she added.

But North is actually Black, but we digress.