Davis explores the ideas of celebrating each of our differences through love and kindness in her new children's book, "One Big Heart."

As the only woman running the show, find out how ABC News Correspondent Linsey Davis is preparing for the third national Democratic debate and details about her new children’s book, “One Big Heart.” Here Davis is on “Good Morning America.” (Photo by Lou Rocco/Walt Disney Television via Getty Images)

Linsey Davis is used to being in the thick of breaking news stories.

In an obvious effort on the part of the Democratic National Committee to diversify the debate moderators, Davis has earned the right to enjoy this moment. On Thursday, she will sit in front of millions for three hours as one of four journalists controlling the flow of conversation during the third Democratic primary debate, hosted by ABC News and Univision in Houston.

Along with ABC’s George Stephanopoulos, David Muir, and Univision Anchor Jorge Ramos, Davis is officially the only woman—scratch that, the only Black woman—who will pose questions to the 10 candidates.

“I’m just happy to be a part of the conversation and being able to ask the tough questions that the nation wants to know. I’m hoping that we’re going to be able to get some really healthy debate going,” said Davis.

For the last few weeks, Davis has put all of her focus on preparing for tonight. Her head has been buried in two huge binders of research, studying each of the 10 candidates and their past, present, and future plans on issues that are most important to Americans. And yet, even with so much at stake, she hasn’t put all her passion points into one bucket.

In order to balance the stark, and often times traumatic, realities of news reporting, Davis is also an accomplished children’s book author. Her second book, One Big Heart: A celebration of being more alike than different (Zonderkidz, August 2019) is a vibrant picture book for kids with a simple message: celebrating the beauty of diversity is really cool, but so is celebrating our ability to deliver kindness and love to those who are different from us. It’s a message Davis feels is perfect for young children to hear these days.

“I have a five year old son who’s growing up in this climate that I find often very divisive. It’s not that racism is anything new, but the rhetoric certainly has been reaching a fever pitch more recently. The things that kids absorb, I wanted to combat that.” explained Davis in an interview with theGrio.

“People often say, kids don’t see color. I totally disagree with that notion. I think that kids do see color they just don’t assign a value to it and quite often it’s adults who do that.” 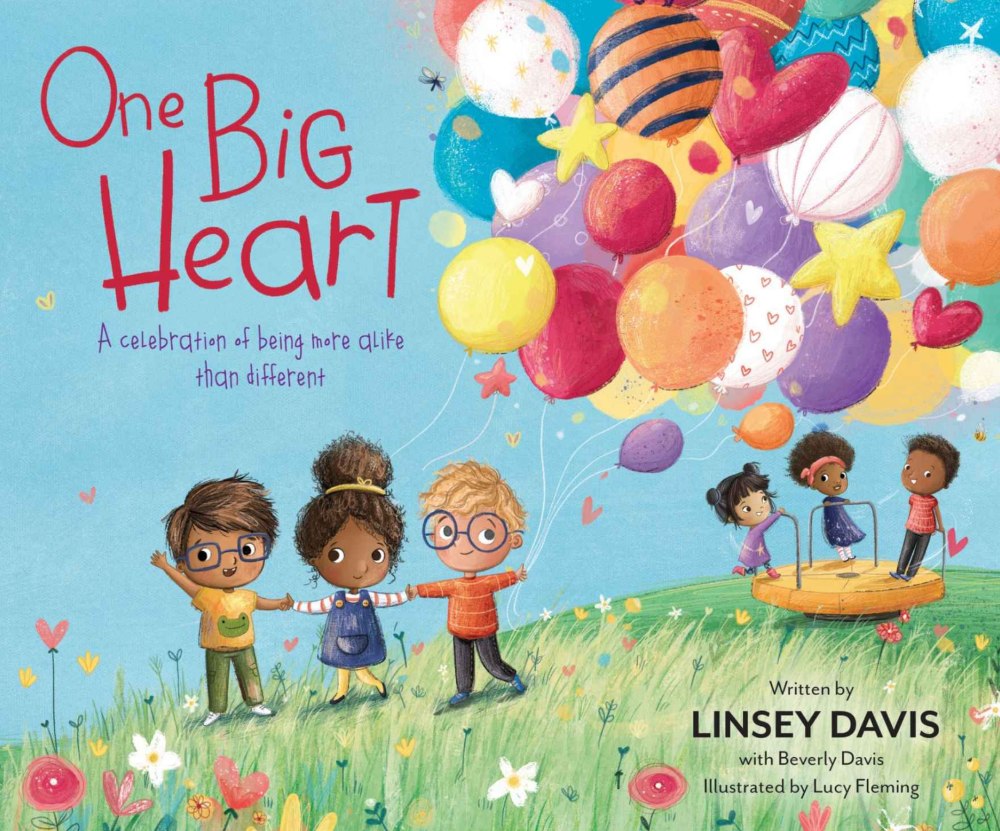 Linsey Davis is the author of the “One Big Heart.”

Davis’ first book, The World Is Awake: A celebration of everyday blessings was written in the same vein as her latest creative efforts. Both incorporate themes of Christian values that are truly authentic to the story. Davis says the choice was deliberate and believes having a relationship with God and spirituality can help a child navigate some of the complications of understanding and related to other kids who look, and may even sound, different.

“I wanted to make sure [my son] would have a relationship with God or hopefully at least introduce him to that,” said Davis. “Secondarily, I think that the first [book] was my own personal kind of like love letter to my son and this is kind of like a life lesson.”

Find out more about “One Big Heart” as well as why Davis decided not to invite family or friends to join her at tonight’s debate and how she plans to get herself pumped up for the occasion in our video interview with her above. “One Big Heart” is available here, and at major bookstores and retailers.

Wendy L. Wilson is the managing editor at theGrio. Follow her rants, raves, and reviews on Twitter @WendyLWilson_