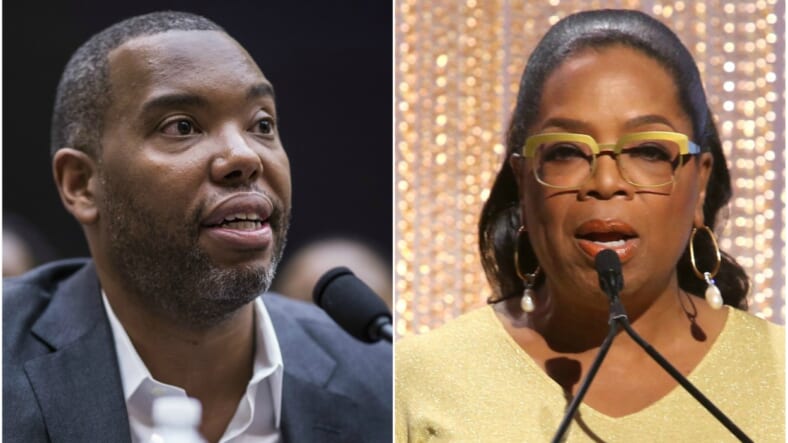 Oprah Winfrey has just released her top Book Club pick and it appears to be a read that has given her a soul-rendering awakening of sorts.

The media executive and network chief chose Ta-Nehisi Coates’ new novel, The Water Dancer and it has apparently struck a chord.

“I have not felt this way about a book since Beloved,” says Oprah, referring to the late Toni Morrison’s award-winning novel. “I knew early on the book was going to cut me up. I ended up with my soul pierced.”

In The Water Dancer, Coates tells a story of enslavement and how families were brutally ripped apart. The book tackles one of America’s deepest challenges – the ability to tell the truth.

Coates has had a long career as a journalist and essayist, but he became most prominent in 2014 when he penned a powerful essay, “The Case for Reparations” for The Atlantic. The latest novel is his fourth book.

According to the its description, The Water Dancer is a “historical novel follows the story of Hiram Walker, a young man born as a slave on a plantation in Virginia who has been gifted a mysterious, magical power that eventually saves his life when he nearly drowns in a river. His survival inspires him to break free and run away from his bonds as he sets out on a dangerous and dramatic journey.”

Beloved also focuses on a main character with supernatural powers, and takes place during slavery and in post-Civil War Ohio.

The acclaimed writer launched a national book tour for his first novel, The Water Dancer at New York’s historic Apollo Theater September 23 as part of a three-year partnership between Coates and the theater, according to Broadway World.

The initiative features events on the legendary Apollo stage and also new spaces in Harlem’s nearby Victoria Theater in fall 2020.

The Apollo partnered with Coates last year on the world premiere staging of his award-winning book, Between the World and Me, which was directed by the Apollo’s Executive Producer Kamilah Forbes.