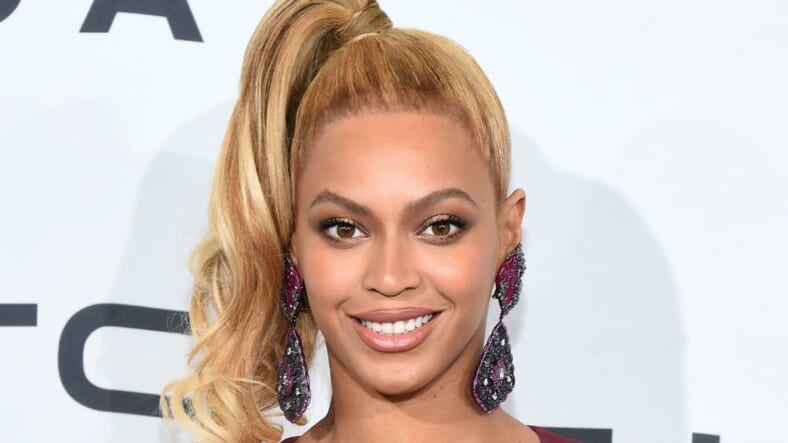 Supermodel Bella Hadid has been crowned the most beautiful woman in the world following scientific research into what constitutes the “perfect face,” and our queen Beyonce Knowles Carter is apparently a very close second.

According to The Daily Mail, the Golden Ratio of Beauty Phi – which is designed to measure physical perfection – determined that Hadid to be 94.35% “accurate” on a scale up to 100%.

READ MORE: POLL – Michelle Obama would be Dem front-runner if she entered the 2020 race

This was determined specifically because out everyone who was assessed her facial features and face shape came closest to the ancient Greeks’ idea of perfection. Singer Beyoncé who at 38 is 15 years the model’s senior, came in second with a score of 92.44%.

“Bella Hadid was the clear winner when all elements of the face were measured for physical perfection,” explained Dr De Silva, who runs the Centre For Advanced Facial Cosmetic And Plastic Surgery in London.

“Beyoncé ran her a close second, scoring the highest marks for the shape of her face (99.6%) and getting very high scores for her eyes, brow area and lips,” he continued, noting, “These brand new computer mapping techniques allow us to solve some of the mysteries of what it is that makes someone physically beautiful and the technology is useful when planning patients’ surgery.”

Other notable mentions include actress Amber Heard who was third with 91.85% and pop star Ariana Grande who landed in fourth spot with 91.81%.

As explained by the report, “The Golden Ratio of Beauty Phi originates from the European Renaissance. Artists and Architects used an equation – known as the Golden Ratio – as an aid during the creation of their masterpieces.

Scientists have since adapted the mathematical formula to explain what makes a person beautiful. The length and the width of someone’s face is measured and then the results are divided. According to the Golden Ratio, the ideal result is roughly 1.6.