After publishing a report about the school's hands in slavery, leaders take action to support descendants of slaves 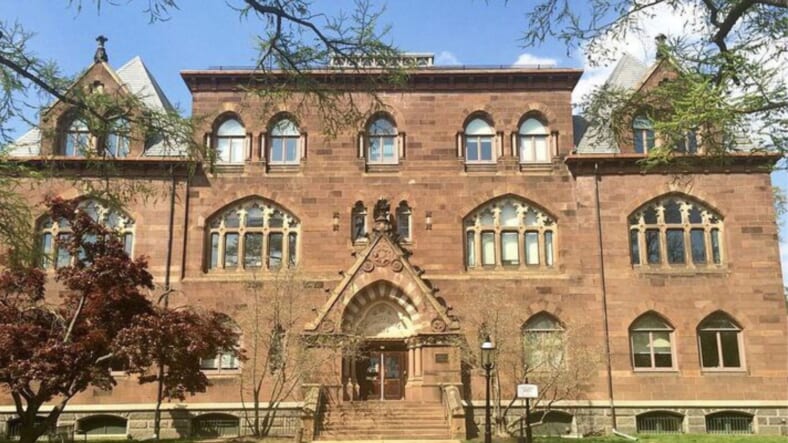 After the Princeton Theological Seminary published a report that it played a role in slavery, they have designated $27 million to pay reparations.

Last November, Princeton Theological Seminary published the report, “Princeton Seminary and Slavery,” which examined the school’s relationship with slave labor. According to the Philadelphia Inquirer, research began in 2016 and found that though the school did not directly use slave labor to erect their buildings, 15 percent of its revenue from 1812 to 1861 was a product of donations from slave owners. That figure increased to as much as 30 percent to 40 percent with the inclusion of contributions from benefactors whose wealth was in some way connected to slavery.

READ MORE: Sen. Kamala Harris gets backlash over question about reparations for African-Americans

It was also discovered that the seminary’s first three professors used slave labor, and have campus facilities named after them.

On Friday, the school’s President M. Craig Barnes said in a statement that the seminary is “committed to telling the truth,” and sees the contribution as an act of repentance, NJ.com reports.

“The Seminary’s ties to slavery are a part of our story,” Barnes said. “It is important to acknowledge that our founders were entangled with slavery and could not envision a fully integrated society… We did not want to shy away from the uncomfortable part of our history and the difficult conversations that revealing the truth would produce.”

According to Anne Stewart, vice president for external relations, the $27.6 million designated for reparations is believed to be the most money any college has committed for that purpose.

The monies will be allocated toward 30 new scholarships, valued at the cost of tuition plus $15,000, “for students who are descendants from slaves or from underrepresented groups.”

The seminary is not affiliated with Princeton University.

There will also be monies committed toward five doctoral fellowships for students who are descendants from slaves. Also, monies will be designated toward hiring a full-time director for the Center for Black Church Studies, among other initiatives, according to the outlet.