While publicly celebrating his son Noah, singer is still tight-lipped on the identity of the baby's mother 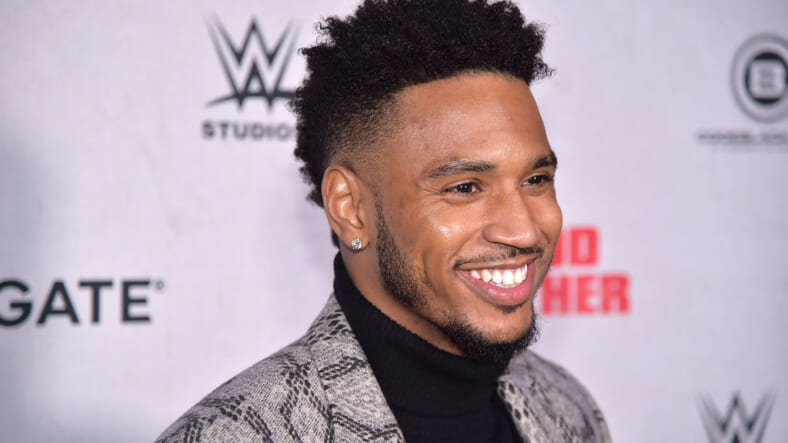 Trey Songz aka “Mr. Steal Your Girl” got his heart stolen by a 6-month-old.

Songz, 34, took to social media to share his chubby little baby boy Noah with the world, after announcing months ago that he was going to be a new dad.

“6 months ago today you changed my life. Words can’t describe ??,” he wrote.

6months ago today you changed my life. Words can’t describe. ??

It seems like the “Chi Chi” singer, whose real name is Tremaine Aldon Neverson, is enjoying fatherhood. But still, six months after first introducing his baby to the world, his baby’s momma remains a mystery.

Trey hasn’t been linked to anyone publicly since his romance with it-girl Lori Harvey reportedly fizzled out long ago.

Earlier this year, the Virginia-born musician posted an updated pic confirming that he’d had a son. While well-wishes poured in, this still doesn’t answer the question of who the child’s mother is. Internet detectives were already on the case while his fan base mourned the possibility that he may be off the market.

This baby news may be a shock to most, but back in 2015, Songz admitted to Charlemagne Tha God on The Breakfast Club that he had a deep desire to start a family and timing was the only thing stopping him.

“Man I want kids,” he confessed during the interview. “I’ve been wanting children before you could even imagine. I raised all the kids in my family. My younger brother, he’s 20-years-old, he just had his first child. I remember when he was a child. I used to burp him, change his diapers, now he got a baby.”

He continued, “I want a family all of that. But I’m not in a rush to do it because people think that’s what should be happening in my life or that I need kids or my momma been begging me for a grandbaby or any of that, I just want to make sure that it’s the right decision.”