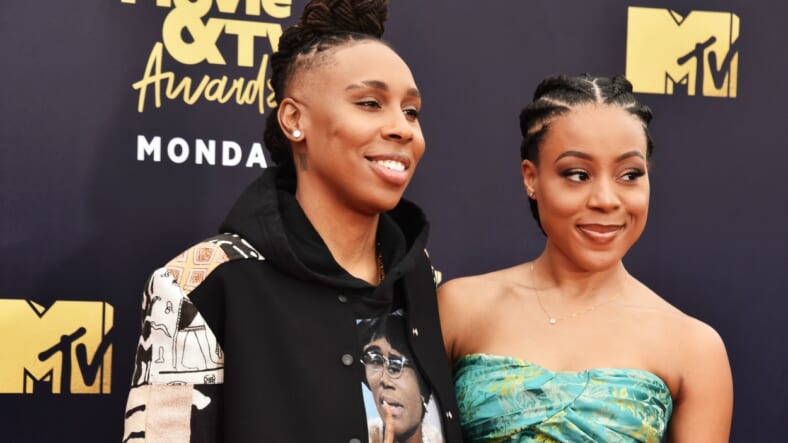 Did filmmaker Lena Waithe really just get married underneath all of our noses? Well, it would appear so.

According to The Hollywood Reporter, Friday, the screenwriter made the surprising announcement while appearing on The Ellen DeGeneres Show. During the sit down she revealed to guest host John Legend that one day she and longtime partner Alana Mayo decided to spontaneously get married after driving by a courthouse in San Francisco.

“We snuck and did it,” confessed the 35-year-old. “We didn’t really make any announcements. We went to San Francisco, we went to the courthouse and we got married right in front of Harvey Milk’s bust.’

“It was her idea, as all good things are,” Waithe explained, giving the credit to Mayo. “And she was just driving and she saw the courthouse and she said, ‘We should get married there.’ And I said, ‘Cool, I’m down.”

The actress, who popped the question on Thanksgiving Day back in 2017, also made note of the historical importance of the location they chose; the very same courthouse where the first legal same-sex marriage ceremony was officiated in 2004.

“It was a humbling day, you know, to marry someone so amazing,” she gushed. “But also to really appreciate all the work that so many people have put in for us to be able to do that.”

After Legend, who recently made headlines of his own for being crowned PEOPLE’s Sexiest Man Alive, congratulated the newlywed for being able to share her love with the world, she responded, “Everybody should be able to do that.”

The producer is currently on a promotional tour for her new film Queen & Slim. The film, which stars Daniel Kaluuya and Jodie Turner-Smith, premiered at AFI Fest Thursday night and is set to hit theaters on Nov. 27.