For starters, let’s not just talk about Black trans lives in times of tragedy. 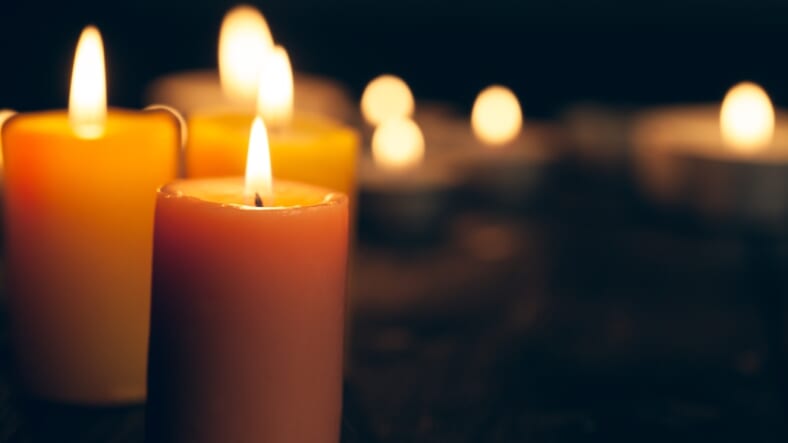 Today, November 20th, 2019, marks the 20th anniversary of Transgender Day of Remembrance (TDOR), which was started by transgender advocate, Gwendolyn Ann Smith as a vigil to memorialize Rita Hester, a Black transgender woman who was killed the year before. Since then, this sacred day has been celebrated across the world as trans activists, allies, and their loved ones spread awareness about those the community has lost publicly and sometimes unknowingly.

Right now, the country has observed a notable rise in the murders of Black trans women in particular in recent years as more public awareness campaigns have taken off. At least 22 transgender and gender non-conforming people have been killed so far this year, according to a new report from the Human Rights Campaign — making it the fifth year in a row that at least 20 trans people were killed.

And yet, when the tragic headlines disappear, our interest in the trans community seems to fade. Here are five ways cisgender people (individuals whose gender identity matches the sex that they were assigned at birth) can show love for trans people today and beyond TDOR.

It seems as if the only time people talk about Black trans people is when there is another untimely death. While mourning the loss is important, we have got to start celebrating the living. If you find yourself posting more about trans lives being killed, do yourself a favor and start uplifting the incredible people who are thriving and excelling within the community as we speak.

From media heavyweights like Janet Mock and Tiq Milan to activists such as Monica Roberts and Sharron Cooks, Black trans people are out here changing the game for all of us. Put some respect on their names now.

You will never know more about the lived experience of a marginalized community than those who are walking in that identity every day. Too often, cisgender people have the audacity to think they can simply “agree to disagree” on the existence of transgender people.

Rather than continue to debate with trans people on how they identify, spend more time understanding the issues that currently impact them. Nationwide discrimination in employment, housing, and public accommodation have left a huge socioeconomic disparity that has brutally targeted Black and brown trans people at absurd rates.

READ MORE: OPINION: Confronting Black men’s roles in the murders of Black transgender women may be the only way to save our lives

A report from the National LGBTQ Task Force states that 34% of Black trans people make less than $10,000 a year, with 41% of them reporting that they’ve experienced homelessness at some point in their lives. The numbers don’t lie and the issues aren’t going to get any better if we keep trying to debate them. Listen to Black trans people when they are telling you that their struggle is real.

As popular phrases such as “Yassss, honey! You better work!” and “No tea, No shade” have become part of the cisgender vernacular — do you know where any of those expressions come from?

Short answer: Black trans people. The New York City Ballroom scene of the late 20th century was started by Black trans and queer people who embraced a world of fashion, music, and culture that was denied to them in public. What came from this marginalized experience was the art form we know today as Voguing, which many of you probably know from popular television shows and movies like “Pose” and “Paris Is Burning.”

Except, the next time you utter another “Yassss” or “shade,” comment, please recognize the origins of such language and respect those who created it. Paying homage to Black trans culture is easier than you think. Go read up on Marsha P. Johnson and Sylvia Rivera — two radical Black and brown trans women who fought for intersectional rights for all and are the real reason we celebrate PRIDE month, to begin with.

Rule of thumb: If you don’t know, ask. That’s how you should also treat one’s gender. Too often, cisgender people live in a world where they are privileged to assuming that everyone identifies as male or female or that they think they can assume such based on appearances alone.

When entering community spaces of people you don’t know, especially designated LGBTQ+ safe spaces, be sure to ask an individual their pronouns before discussing them openly. Some people go by (he/him/his) and (she/her/hers), or (they/them/theirs).

For example, trans entertainer Indya Moore goes by (they/them/theirs) pronouns. Although one might simply presume they go by (she/her) based on their perceived gender presentation, none of that would be for you to decide. Here’s an easier way to grasp this: gender identity, sexual orientation, and gender expression are mutually exclusive.

Here are some basics: not all gay men are feminine, just like not all trans people automatically identify with a binary gender (male/female). Again, if you don’t know, just ask. Let’s stop assuming as we head into the next decade.

5. Defend Black Trans People Like You Would Anyone Else

If you claim to be for the culture and for the people, that includes fighting for Black trans people. Just as we strive to advance civil rights, trans equity and equality must be a part of that mission. It’s really that simple. We aren’t free unless we are all free, and that means recognizing all of our brothers and sisters who are collectively in the struggle with us.

If your movement spaces and liberation conversations aren’t including Black trans people, you’re doing it all wrong. Black trans people have been at the forefront of several major movements over the years and still are currently.

When Black trans people are publicly discriminated, harassed, and killed, that sets the whole movement back. Cisgender people in our community need to do a better job of putting our ignorance aside to prioritize unity instead. You can’t say you are for Black people when you are excluding some of our most marginalized.

Let’s all do better on this front.

Ernest Owens is the CEO of Ernest Media Empire, LLC and Writer at Large for Philadelphia magazine. He has written for the New York Times, CNN, MTV News, BET and several other major publications. Follow him on Facebook, Twitter or Instagram and ernestowens.com.