OPINION: Confronting Black men’s roles in the murders of Black transgender women may be the only way to save our lives

Writer Imara Jones asks where are our pro-Black institutions in the growing crisis against Black transgender women. 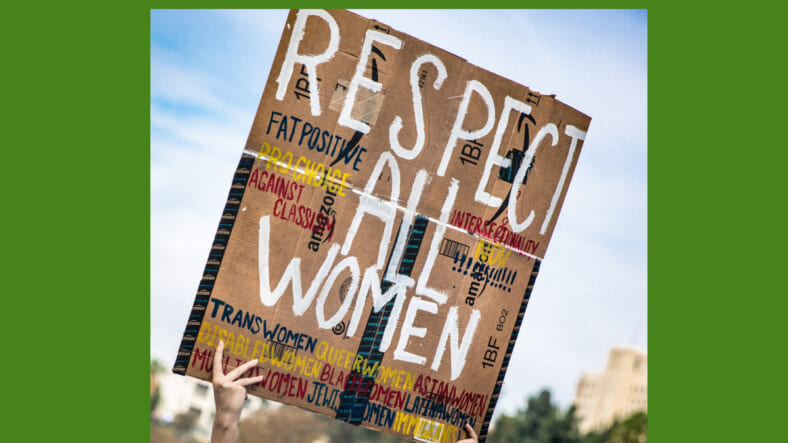 Murders of trans Black women are happening with such stunning regularity that the time has come when women of all backgrounds can no longer be silent. (Photo by T. Chick McClure on Unsplash)

The lives of both cisgender and transgender Black women have come under serious danger and a grand coalition should be formed by both gender expressions to guarantee our survival. The unfortunate truth is that the violence perpetrated typically comes from the hands of Black men who are, according to the numbers, our most looming threat.

The tragic fact here is that Black trans, as well as gender non-conforming, women are being killed in the United States by cis Black men to such a degree that it is nearly the worst emergency for trans women on the planet. America has the highest number of trans murders in the world with the exception of just two countries: Brazil and Mexico.

The murders of Black trans women by Black men since 2016 have helped drive the most violent period for LGBT+ people on record.

To be clear, the argument here is not that all or most Black men or killers. There are untold numbers of men who are amazing fathers, friends, partners, spouses, brothers and sons to countless Black women. Also, the harsh realities that Black men face in America are undeniable.

Netflix’s, When They See Us is but the latest example of Black men’s challenges, but the other harsh reality is that far too many Black trans and cis women are dying because Black men are killing us. These murders are happening with such stunning regularity that the time has come when women of all backgrounds can no longer be silent about this fact under the guise of racial solidarity.

Just under two weeks ago Kendrell Lyles, 34, was arrested in Dallas for the May 18 shooting death of Muhlaysia Booker, 23, a Black trans woman whose unrelated beating in April at the hands of an angry mob—after another Black man, Edward Thomas, was allegedly paid $200 to publicly attack her—made national headlines. Lyles is also a suspect in the death of Chynal Lindsay, another trans woman.

Since May 2019, seven trans women have met a violent or unexplained death, including Layleen Polanco, an Afro-Latina, in New York’s Rikers Island Correctional facility and Zoe Spears, who died when she was attacked in suburban Washington D.C. These individuals are all suspected to be victims of transgender bias, or were at risk in other ways because of their identities, according to the Human Rights Campaign.

on june 7, 2019, layleen cubilette polanco aka layleen xtravaganza, a trans woman was found dead in her cell on rikers island. no word of the cause of death has been released.

Yet, in the wake of these undeniable tragedies, no national Black woman’s organization has spoken out. Where is Alpha Kappa Alpha? Where are the Delta Sigma Thetas? Both organizations admit trans women, but have yet to say anything about these instances of abuse. Where is the National Coalition of 100 Black Women or the National Council of Negro Women? Not to even mention Black men’s organizations. Black women are being killed and yet, pro-Black institutions are deafeningly silent.

Holding on to the past

According to the Centers for Disease Control and Prevention, Black women have the highest rate of intimate-partner violence in the country. Only Native American women come close. The problem is so severe that half of all Black women killed in the United States are murdered by men that they know and nine times out of ten, those men are Black.

Unconsciously Black women, like everyone in the United States, have absorbed white supremacy, patriarchy and the essential devaluing of Black womanhood which accompany them. Racist oppression has meant that for most of this country’s history, Black women have not even had basic body autonomy.

“Black women are being killed and yet, pro-Black institutions are deafeningly silent.”

In speaking with Dr. Carolyn West, editor of “Violence in the Lives of Black Women” and Professor of Psychology at the University of Washington Tacoma points out, she pointed out that “even the notion of Black women’s bodies as a legal entity, not to mention a protected space, did not exist in the law until relatively recently.”

Activist Imara Jones questions what’s at the heart of the rampant violence that’s killing Black transgender women and finds Black men and cis Black women as part of the answer that’s fueling a weakness in our culture.. Unsplash)

Post-enslavement and during Emancipation this lack of autonomy took on new forms. Black women’s fundamental personhood was directly associated with Black manhood. That’s because Black men achieved legal standing, however tenuous, in ways that our women did not. These same dynamics are still at work today.

OPINION: While Morehouse College’s decision to admit trans men is significant, it’s completely at the expense of trans women

“Many cis Black women perceive that one of the few privileges they have is their heterosexuality and they are reluctant to give that up,” said West. “Embracing trans women as women, against this historic backdrop, means that cis Black women believe that they are are narrowing or possibly giving up that privilege. Moreover, Black women have this notion that if we stay in our place, Black men will take care of us the way that we idealize white women are taken care of by white men.”

Therefore cis Black women continue to set their basic humanity within the traditional limits established by Black men. This is problematic because of the deeply anti-trans sentiments found among many of them.
I also recently sat down with Aishah Shahidah Simmons, creator of #LoveWithAccountability and producer of NO! The Rape Documentary, who said, in addition to White supremacy, she believes that there is yet another layer which must be dealt with: misogyny.
“Confronting misogyny, hatred of the feminine, as an issue within our community and within ourselves will enable us to embrace the idea that violence against women is unacceptable. End of story. Only then will be able to include all women,” explained Simmons.

What we can any of us do

All of this requires cis Black women to first find their own fundamental worth before valuing and allying with trans women. It would also require insisting that Black men end their harmful behavior and decenter their needs. Black women, out of service and deference to Black men, ask very little of Black masculinity, while Black masculinity demands everything from Black women, literally including our lives.

According to Simmons, driving this imbalance “is the association of Black masculinity with the idea of the Blackness.” Somehow Black women believe that “challenging Black men means that we are challenging our community,” she adds.

Echoing the point Dr. West declares, “even when Black women are hated by the men who should love us, we stand with them.”  Within the paradigm of these antiquated systems, Black womanhood is extremely fragile. Until cis Black women center themselves within the idea of Black liberation, they will continue to be prisoners of their second-rate place within it.

The bottom line is that once cis Black women have done the work to ally with their trans sisters in a broader vision of commonality, interests and goals, only then will Black women cease to die in a cruel epidemic fueled by what appears to be a fundamental weakness in our culture.

Imara Jones is the creator of “TransLash,” a four-part web docu-series about what it is like to be a trans woman of color at a time of social backlash. She is a Fellow-in-Residence at The New York Women’s Foundation and is on the board of the Anti-Violence Project.