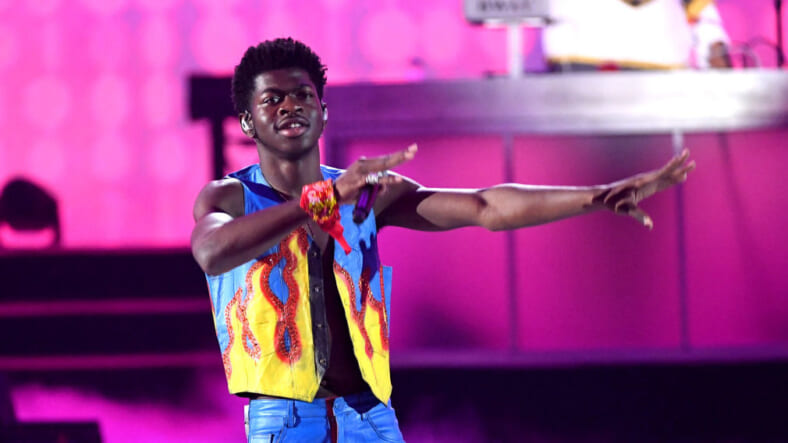 Lil Nas X recently became the first openly gay entertainer to win a Country Music Association Award and now he’s making history again in the genre where his music career almost died, but was instead catapulted into stardom.

The “Old Town Road” rapper became a worldwide phenomenon this year, spending 19 weeks on the Billboard charts after the song was originally flagged for not being “Country” enough. Since then, though, the über-viral track has been streamed nearly two billion times, and as of last month, the 20-year-old behind the hit has officially made his way onto Forbes’ list of Highest-Paid Country Acts in 2019, making him the first openly gay artist and first person of color to be on the list.

According to Forbes, Nas X — born Montero Lamar Hill — earned $14 million in pre-tax income all thanks to streams, concerts and his new deal with Columbia Records.

“It was on viral charts in countries where no country song has ever positioned itself. Everything from Southeast Asian markets to eastern European markets. I mean, I’m talking about places that you don’t necessarily associate with cowboy hats and boots,” Diego Farias, the co-founder of music streaming service Amuse which was the first site to stream “Old Town Road,” explained to Forbes.

Unsurprisingly, the Forbes Country list is usually comprised mostly of white men but this year the status quo was completely disrupted thanks to Lil Nas X and the six women who also made it into the top 20.

Usual favorites like Keith Urban, Kenny Chesney, Luke Bryan, Blake Shelton, and Eric Church topped the list with each male artist making over $30 million. The rapper’s remix of the hit song which features county veteran Billy Ray Cyrus undoubtedly helped catapult the song into the country charts despite the initial attempts to keep it at bay. It’s also worth noting that the remix has also been nominated for multiple Grammys.

Thank you @AppleMusic for naming Old Town Road as the 2019 Top Song of the Year! This is only the beginning. Watch my short film now. #AppleMusicAwards2019  apple.co/LilNasX2019