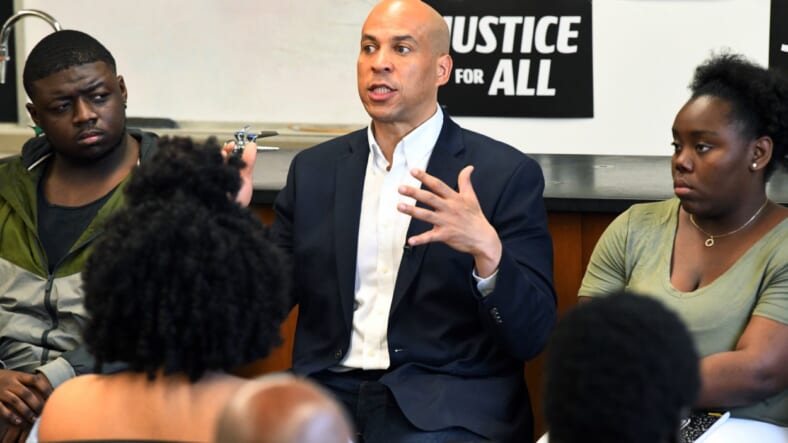 Booker, who is still in the running for the 2020 Democratic nomination, has been an outspoken supporter of programs that enrich HBCUs and his proposed plan is by far the largest dollar amount of any of the other Democratic candidates.

“HBCUs make our country stronger and more reflective of the diversity that makes us so great,” Booker said in a statement. “I am here today because of the power of these institutions to uplift and bring about opportunity to Black Americans. As president, I will redouble our efforts to support and invest in HBCUs across the country ― my mother and father wouldn’t have it any other way.”

With HBCU enrollment steadily decreasing, Booker hoped to create programs that would help these historic institutions thrive. According to the Huffington Post, Booker hopes to focus on both immediate protections and long-term strategies to help them weather rough economic times. His plan includes grant initiatives that would enhance STEM programs, legislation to make certain HBCUs more affordable to low-income students and programs that would make HBCUs hubs for climate-focused research.

Booker also hoped to link investments into his climate research, the Huffington Post reported that the 10 percent of the senator’s $400 billion “Moonshot Hubs” would take place at HBCUs.

READ MORE: Cory Booker calls out President Trump as ‘worse than a racist’

“Each hub would be focused on reasserting our global leadership in Research and Development (R&D) and leading the way in tackling the most important challenges in basic science, applied research, manufacturing, and commercialization,” Booker’s campaign said in a press release on Tuesday.

Fellow 2020 candidates Bernie Sanders and Elizabeth Warren have proposed HBCU initiatives of their own. Sanders has spoken out about the lack of resources available to HBCUs and vowed to put billions of dollars into helping them stay afloat.