Since the controversy, Jordan has held firm to her claim and successfully moved on from the Kardashion clan 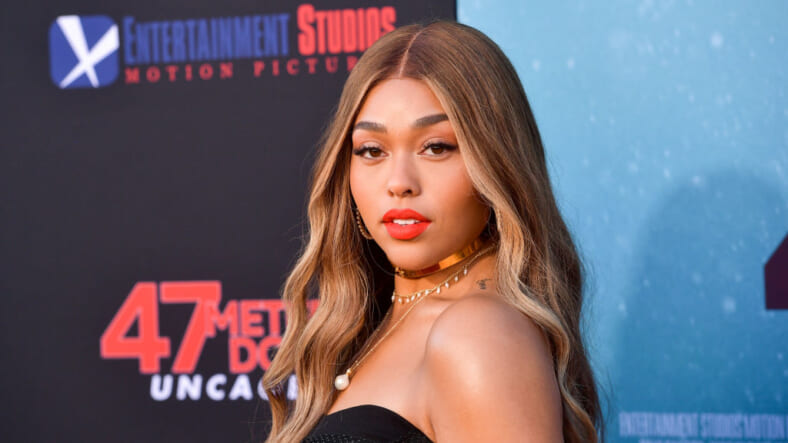 The results of Jordyn Woods’ lie detector test about Tristan Thompson are about to be revealed. (Photo by Matt Winkelmeyer/Getty Images)

Jordyn Woods took a lie detector test on Red Table Talk in the midst of her drama with Tristan Thompson, and it appears that fans will soon be able to review the results!

In a teaser for the upcoming episode of Jada Pinkett-Smith‘s popular online series, the tables have been turned, as fans ask the 48-year-old actress/host and her fellow co-hosts, daughter Willow Smith, 19, and mother Adrienne Banfield-Jones, 66, their most burning questions about guests on the show. Fans were also able to ask the hosts personal questions, as it pertains to their own lives.

In one part of the snippet, a viewer submits a question about Jordyn Woods. As you may recall, the 22-year-old appeared on Red Table Talk to break her silence on her Tristan Thompson and Khloe Kardashian scandal.

“Jordyn said she would take a lie detecter test. My friends and I really want to know if she really did?” the fan asks the ladies. Pinkett-Smith could later be seen in the teaser saying, “That’s the show I get asked about the most,” in reference to Woods’ appearance on RTT.

The clip later transitions to show Woods’ from her original appearance earlier in the year, taking a lie detecter test, while being asked “So are you ready to do your polygraph?” Pinkett-Smith then adds, “Oop, so there it is!”

Since the original scandal in March 2019, where Woods was spotted kissing Khloe Kardashian’s estranged baby father at a party, she has maintained her innocence, admitting that the two did in fact share a smooch, but denying that they engaged in any further sexual activity.