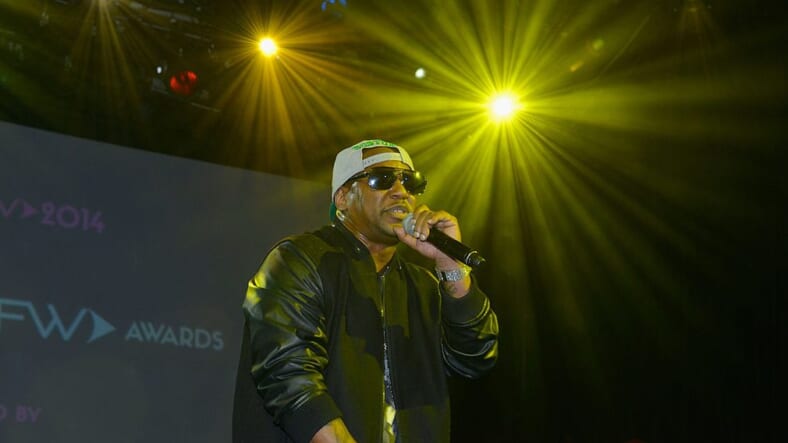 During a sit-down interview with ItsTheReal’s, A Waste of Time podcast, rapper Cam’ron took the time to share some interesting thoughts about dinosaurs and if they actually ever existed.

Speaking on the movie Jurassic Park with hosts Eric Rosenthal and Jeff Rosenthal back in October, the video of the Dipset artist just made its rounds where he can be heard saying that he has his suspicions of whether dinosaurs actually walked on this earth, Complex reports.

“I have fights with people about dinosaurs and their existence all the time,” he said. “I’m not believing or disbelieving. It’s like no proof, like, because they throw these big bones . . . up into the museum and be like ‘Yo, these are the people that were here before us.'”

The hosts appeared to be taken aback by Cam’ron’s comments.

“No, no see that is the proof,” Eric hilariously said in response to Cam’ron’s statement.

In response, Cam’ron questioned whether dinosaur bones were strong enough to be displayed in museums and “not crumble.”

“I’m not necessarily going for that,” he said. “If we get more proof on it, cool. I’m not going off museum facts. I been to every museum when I was young. I’m like, word? So they found all these bones and glued them together? Nah. I’m not sure I’m gonna go for that one. It sounds like more of a moneymaker to me.”

The hosts, still in shock from these surprising opinions also took the time to see whether he believes the Earth is flat or round. He did clarify that he does side with the majority of people who know our planet is round, but went back to further explain his statement on dinosaurs by emphasizing that he’s not depending on “museum facts” or “finding bones” to determine whether they actually existed.

“Like, we need a little more proof and I don’t know whatever proof you could give me,” Cam’ron said. “But who found these bones? . . . I wish I could be an archaeologist and be like ‘I found some shit!’ I’ll be at the beach every day and be like ‘Yo, look what I discovered!’ and just make some shit up.”

Check out more about what the rap artist had to say during the interview below: