"I have a direct connection to a lot of Black women, in particular, who took me under their wing and made sure I knew how to handle myself." 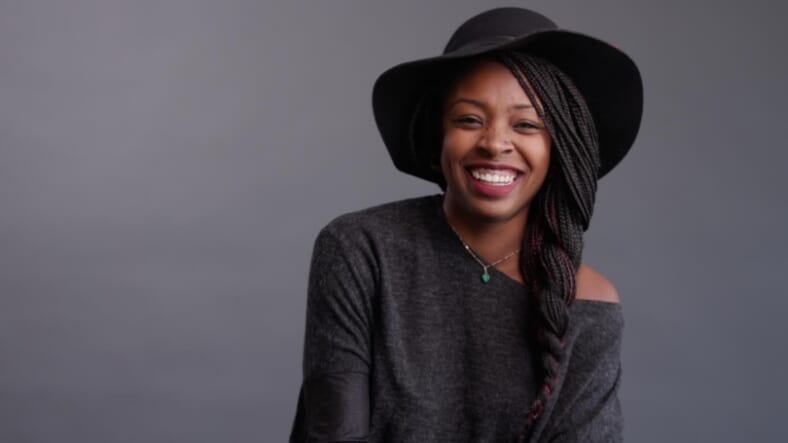 Nina Smith is a seasoned professional when it comes to working alongside Democratic politicians, but her personal connection to Pete Buttigieg’s story inspired her to champion his cause above any other presidential candidate this year. Smith serves as the Traveling Secretary for Buttigieg’s campaign—the first openly gay man to ever run for president. Smith views his courage as fertile ground for a new, more accepting, America.

“Having friends who have been in the closet, even being of that experience myself, watching the evolution of this campaign, this candidate—if people were in high school with me, and then seeing where we are now, it’s a totally different world. People can be open with who they are in a very real way and not be rejected for it, and I think it’s been a journey for everybody’s who’s involved in this campaign,” Smith told the Grio.

Even though a lot of the press has centered Buttigieg’s sexuality in his crusade for the presidency, Smith is most impressed by the legislative impact his policies have had on Indiana’s city of South Bend. Buttigieg seeks to implement certain local policies on a national scale to make more tangible changes for people in the country.

“And I’m speaking of the perspective of a mayorship. The one-piece that I think is missing is the recognition that a lot of the progress our country is seeing is on the local level. And the media coverage hasn’t really dug into what South Bend has accomplished. There isn’t talk about Wi-Fi being installed in different aspects of the city–the small business incubator that was started on the Westside, some of the things that Pete has been advocating for on the national level are challenges that he’s experienced in South Bend and triumphs that he’s experienced in South Bend,” she explained.

Smith’s list of political accomplishments is long, and she credits her staying power with the wisdom and guidance she’s received from her sheroes over the years. Smith’s career is the product of grooming and mentorship from some of Maryland’s most revered Black female political figures.

“I have a lot of political moms, I don’t want to forget anybody, but a lot of them are involved in Maryland politics. A lot of them are people I have worked for and with. I have a direct connection to a lot of Black women, in particular, who took me under their wing and made sure I knew how to handle myself, or what not to do, or to make a recommendation for me, and I have been so lucky to have so many black women touch and like shape my path, and do so with just so much love and compassion,” Smith explained.

While many folks in the U.S. are apathetic about politics after the 2016 election, Smith believes we have entered a time where our participation is not only needed, but also accessible.

“Politics has changed for Black folks in a lot of different ways.  It’s definitely more accessible than it has been before. I definitely think the multiple ways that people can participate in politics are a little more visible. I think we have more power and a greater ability to open doors for other folks and make sure they are in the room as much as we are.”

And Black women’s voices have always been and will remain a quintessential piece of progress and productivity in this country. Smith doesn’t take this influential role lightly.

“There’s definitely a lot of pressure that comes with it,” Smith said about being a Black woman in communications.

“Make sure that you keep kicking the door open and you keep it wide open for others who are coming behind you. I think that’s’ the essence of Black women, generally.  It’s definitely tough but it’s the best thing that’s ever happened to me. I love it.”