In an exclusive statement to theGrio, the current Miss Black America Ryann Richardson announces her endorsement of former Mayor Pete Buttigieg for President of the United States. As she prepares to travel across the country with his campaign as a surrogate, Richardson explains why she believes Buttigieg is absolutely Black America’s best chance to win back the White House.

Long before I became the 50th Anniversary Miss Black America, before I was a tech executive or a diversity advocate, I was a weird nine-year-old watching impeachment proceedings on TV. My parents worked in the federal government and the news media, so conversations in our DC-area home often touched on whatever was happening in the White House or on the Hill.

My parents would take me with them into polling booths and let me stay up late to watch election results. I grew up loving history, government, and politics, largely because they just made sense to me. With each election, I intuitively knew how my country would move, even when it was counter to my own desires. History had taught me as much.  I took comfort in my understanding.

In 2016, “He Who Shall Not Be Named” was elected, and the world seemingly caught fire. I questioned everything I thought I knew and felt a sense of hopelessness about this country I once understood so well.

I’d always been acutely aware of the personal toll of individual and institutional racism and sexism in America. My parents prepared me well for the realities I would undoubtedly face as a Black woman in our country. Nonetheless, these last few years have been terrifying. The “-isms” I thought we all publicly regarded as passé enough to at least be relegated to the shadows have suddenly shifted to open bigotry.

The attitudes of the basest corners of our society, once fodder for faceless Twitter trolls, are now promoted from verified accounts with names and Congressional seats and endorsements from the highest office in the land. Exhausted by an administration that trades on hatred, I was prepared to “clock out” on America for a while to preserve my own mental health.

Then the primary season rolled around, and that little girl who loved politics was awakened. I wondered if anyone could make it all make sense again. If someone could restore at least a morsel of decency to politics (or, as my mom would say, ‘act like they have some sense.’) I wanted a candidate who would advocate for marginalized Americans, who would make decisions with an eye towards the impact on the younger generations that would ultimately bear their burden, and — above all—who could win a general election in our new America. 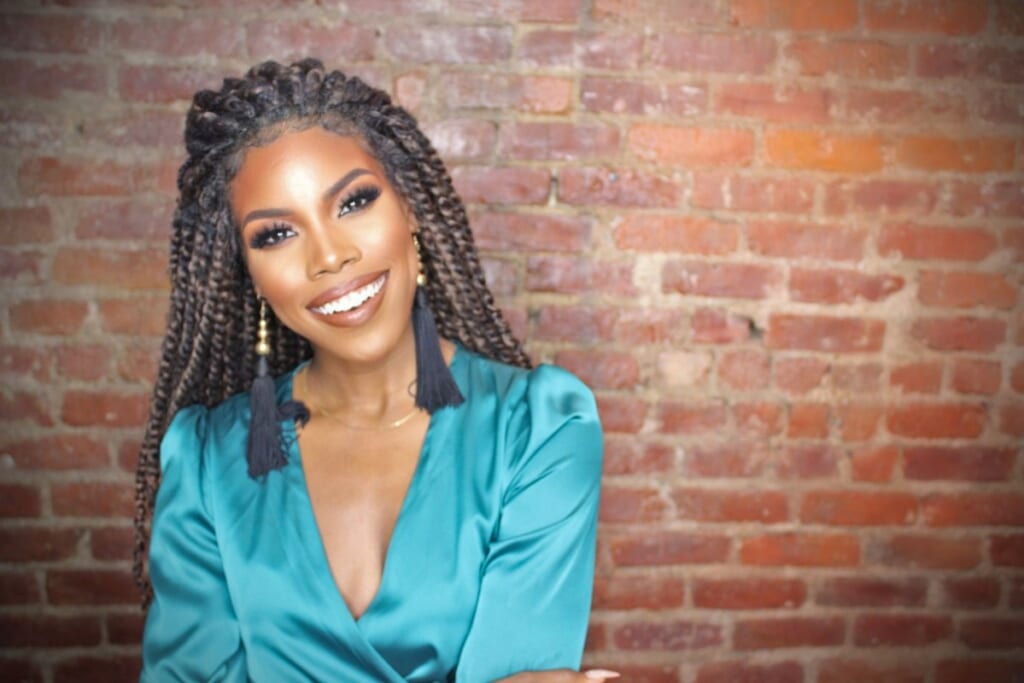 “I found the candidate I was looking for in former South Bend Mayor, Pete Buttigieg,” said Miss Black America Ryann Richarson who is now a surrogate for the presidential candidate. (Photo courtesy of Ryann Richardson)

I wasn’t sure if anyone could do that. I personally like many of the candidates and have followed most of their careers for years. But, I questioned if the system could be fixed by many of the same politicians who broke it in the first place. I was skeptical that is, until I found myself struck by one leader who I believe to be different: who’s young and brilliant, a war veteran who answers questions directly and speaks to people like people. I found the candidate I was looking for in former South Bend Mayor, Pete Buttigieg.

I am an extremely progressive voter but I’m also a pragmatist. While I would love nothing more than to snap my fingers and bring my wildest liberal policy dreams to fruition, I know that progress is a process. I value that Pete’s campaign has put forward comprehensive plans on everything from ensuring affordable and universal health care to fighting climate change and that his policy ideas are socially progressive and politically achievable.

For our exceedingly polarized country to realize a better America, we have to first find common ground. If our candidate cannot bring people together, we cannot win elections and then even our brightest ideas are merely academic.

Pete’s agenda can win because it can unite a majority of Americans in moving our nation in a positive direction. He doesn’t feed into the toxicity in our political discourse. Instead, he offers thoughtful answers to the questions that matter. How do we connect Americans in our common interests? How do we usher in a sustainable future for our country?

I believe that the Democratic nominee must represent great leadership, character, and intellect. A candidate who lacks one out of three is an issue. A President who lacks all three (read: you know who) is dangerous.

I see all three of those qualities in Pete, perhaps most importantly to me, in his approach to race.

Like most of us, I’m accustomed to politicians rolling out the theatrics to court Black voters: popping up at every soul food spot in town, scheduling the always bizarre photo opp in a local barber’s chair, and paying lip service to improving quality of life for Black folks — only to forget us after Election day.

I’m used to white men — especially political figures — whose memories get foggy when recalling the institutional inequities at the very foundation of our country, and the continued history of policies (some authored by current presidential candidates) that have directly harmed Black Americans. I don’t see that with Pete.

We met at the Congressional Black Caucus Foundation’s 2019 Annual Legislative Conference, where I commended him on being one of the few candidates I feel addresses race and equity honestly and in good faith.

In the wake of the shooting death of Eric Logan by a South Bend police officer, Pete didn’t make excuses, or offer spin, or point to a host of Black leaders who ought to share the blame. Instead, Pete admitted that he’d fallen short in addressing the department’s lack of diversity. He accepted accountability for a failure on his watch, and emphasized that national leadership has to fully address racial inequity across America. I respect his honesty, realism, and commitment to do better.

Black voters are right to demand that Presidential candidates put forth an agenda that specifically serves us. Pete released the ambitious Douglass Plan, which I advise reviewing here. Its provisions would fundamentally change lives for so many Black Americans. They include investing $50 billion in HBCUs, tripling the number of underrepresented entrepreneurs within a decade, ending incarceration for drug possession, and dismantling the financial incentives central to our criminal justice system by eliminating for-profit federal prisons and the cash bail model. These are critical reforms and I respect that Pete talks about them, and the systemic racism they address, not only with Black voters, but in front of predominantly white audiences, affirming that “Black issues” are American issues.

A portion of Woke Twitter recently dragged Pete for suggesting that being a gay man helps him relate to Black Americans. The supposition was that as a privileged white man, he couldn’t know our struggle and that being gay doesn’t compare. Keeping score of whose trauma reigns supreme, playing this strange game of “Oppression Olympics,” is counterproductive. It only distracts from what matters — building a future in which none of us are victimized by such indignities.

Yes, Pete is a white man, and therefore he’s definitely afforded privileges, but compared to the Central American asylum seeker separated from her child at our southern border, so am I. My experiences as a Black American woman means that I identify with her and thus, dictates that I advocate for her.

I doubt she cares that my struggles have been different from hers when I use my voice to demand that she be treated with dignity. Just the same, I do believe that Pete’s lived experience as a gay man, knowing what it means to be an “other” in America, having his civil rights debated and threatened, gives him a unique ability to empathize with and use his privilege to advocate for Black Americans. I’d expect nothing less. 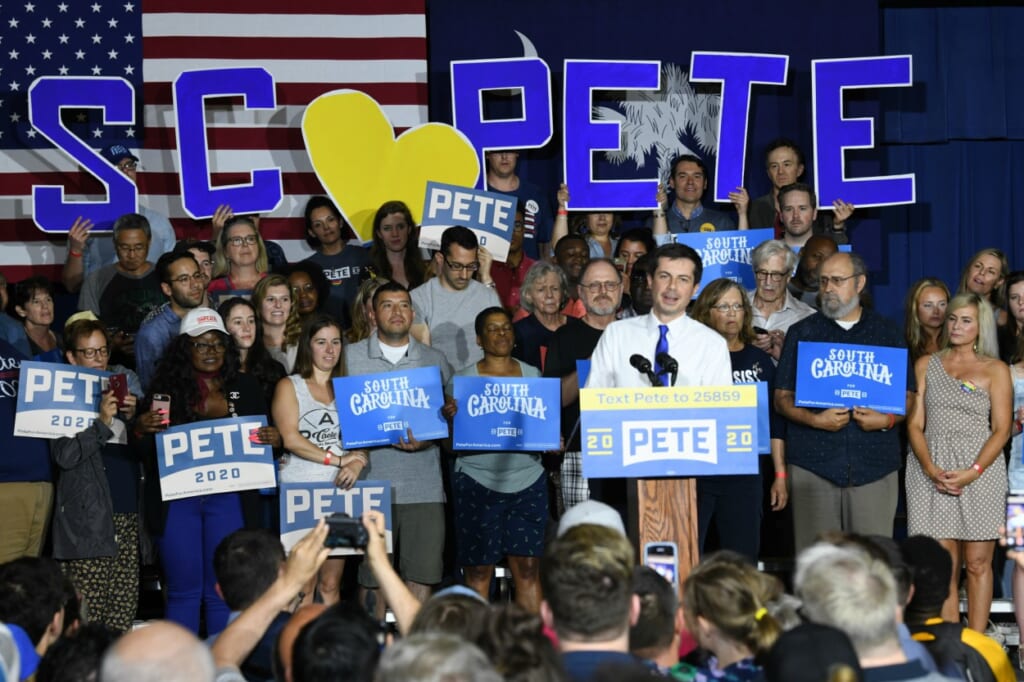 If reports of Pete’s polling in our community are an accurate indicator, it’s fair to say my opinion may be an unpopular one … for now. It would surely be easier to keep my head down and not weigh in. But I’ve never been afraid to be first and I was raised to live in my truth.

As Black Americans, for generations, our votes have been taken for granted by candidates who saw our support as a foregone conclusion. Today, they shouldn’t. We have options. Furthermore, we have a responsibility to ourselves and to the future of Black America to explore those options, to question the conventional wisdom about who we should support, and to scrutinize the (sometimes long and problematic) record of any candidate who purports to deserve our loyalty.

READ MORE: OPINION: The Democratic Party seems to want Black votes, but discouraged by the making of another Black president

I believe Pete is the best candidate not only to win back the White House, but to actually lift up the people who politicians have always left behind. History has taught me it’s rare we have an opportunity in a candidate like Pete Buttigieg. We should not waste it.

Disclaimer: The views and opinions expressed in this article are those of the authors and do not necessarily reflect the official policy, position, or political endorsement of theGrio. Follow theGrio’s ongoing political coverage on social media at #WokeVote2020.

Ryann Richardson made history when she became the 50th Anniversary Miss Black America. Before that, the tech marketer-turned-founder and Diversity & Inclusion advocate spent 10 years building brands and culture for companies spanning early-stage startups (Victor) to billion-dollar “unicorns” (Uber) to the Fortune500 (T-Mobile/Deutsche Telekom). Today, she leads the TAKE UP SPACE MVMT, a social impact campaign centered around affirming the right of marginalized people to exist authentically and unapologetically and her company, Ellington Lafayette Co. is building a new type of tech incubator, focusing exclusively on startups that drive social equity for women and communities of color.