2 and 24, the respective numbers of Kobe and Gianna, are encircled by a Black Mamba snake 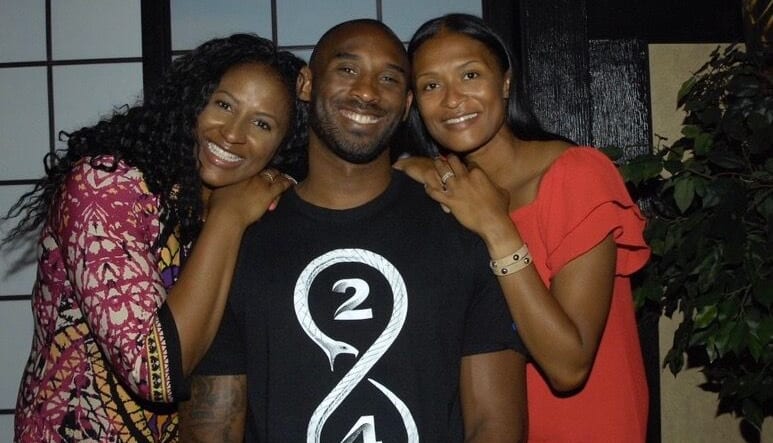 Kobe Bryant’s sister has immortalized him and daughter Gianna with a tattoo.

Sharia Bryant Washington, the eldest child of Joe and Pamela Bryant, had tattoo artist Peter Barrios ink her shoulder in tribute to her brother and niece. 2 and 24, the respective numbers of Kobe and Gianna, are encircled by a Black Mamba snake. Washington unveiled the artwork on Instagram Wednesday.

“Thank you @peterbarriostattoo” was all that she wrote in the caption.

Vanessa Bryant, Kobe’s widow and Gigi’s mother, showed her appreciation. She responded to the tribute Thursday in a post.

“(My sister-in-law got this cool tattoo to honor #GigiBryant and #Kobe) ❤️❤️ 2~24 forever. Love you @shariawash -,” Vanessa wrote.

READ MORE: WATCH: Vanessa Bryant speaks about Gigi and Kobe Bryant at Celebration of Life: “God knew they couldn’t be on this earth without each other”

It has been an emotional time for the Bryant family following the unexpected January 26 death of the 41-year-old NBA legend and his 13-year-old daughter. Seven other people also lost their lives that day: Payton Chester, 13; Sarah Chester, 45; Alyssa Altobelli, 14; Keri Altobelli, 46; John Altobelli, 56; Christina Mauser, 38; and the helicopter’s pilot, Ara Zobayan, 50.

Washington and Shaya Tabb, Kobe’s other sister, previously released a statement that paid honor to their fallen loved ones.

“On behalf of our family, we join Vanessa, Natalia, Bianka, and Capri in grieving the loss of Kobe and Gianna in such a tragic accident,” the statement read.

“We are devastated by the loss of our brother, son, our niece and granddaughter, and our hearts go out to all the families who lost their loved ones on Sunday. Our lives are forever changed.

Thank you for your prayers, the numerous calls, texts, emails, and cards.”

A celebration of life service was held for Kobe and Gianna at the Staples Center in Los Angles Monday. The public memorial was attended by Vanessa, Kobe’s parents and his children. Celebrities and fans also filled the arena to pay tribute to the superstar and others who were taken too soon.

Vanessa eulogized her husband and daughter, finding the strength to address the crowd that saw Beyoncé, Alicia Keys, Michael Jordan, and many others pay their final respects.

“God knew they couldn’t be on this earth without each other,” Vanessa said.