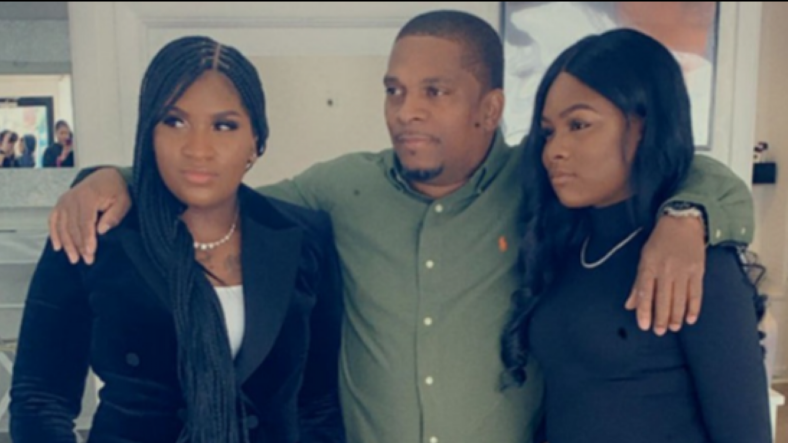 In a plot twist straight out of a movie, after nearly 17 years of friendship, two Philadelphia women recently learned that they were actually blood sisters.

According to 6 ABC, after almost 20 years of brushing off comments about how much they look alike, Ashley Thomas, 31, and Toya Wimberly, 29, were stunned to discover that they have the same father. They are sisters.

The women met in elementary school while attended Sulzberger Middle School in Philadelphia and instantly became close friends. When people told them they looked like sisters, they always chalked it up as coincidence.

“Both grew up having huge gaps in their front teeth and high cheekbones. Funnily enough, they both are currently wearing braces to fix the former,” the local news affiliate reported.

15 years ago, Thomas learned the man who had raised her wasn’t her biological father and according to Newsweek. When her mother died a few years later, family members began to connect the dots when they saw Wimberly’s dad, Kenneth, some Facebook photos taken at an engagement party.

As soon as one of her mother’s best friends recognized Kenneth from the photos she immediately recalled them hanging out in the past. Over the years, Kenneth had always made jokes that Thomas was his daughter, but never took the possibility serious till her mother’s friends reached out and told him of their suspicions.

To put an end to all the speculations the two women took a DNA test and that’s when it was confirmed that they were, in fact, both daughters of Kenneth.

The news instantly put a life of odd coincidences into perspective. For instance, aside from their similar appearance, both women are diehard entrepreneurs and they were both pregnant at the same time by two men who are also brothers.

“I was hurt, but also happy to find out that this beautiful and successful young lady was my daughter,” said Kenneth who admits he has mixed emotions about finding out so late in life that he had another daughter. “It was just God’s work, man.”