A white Kentucky doctor has been arrested after strangling a Black teenager following a confrontation about social distancing.

Over the weekend, Reddit blew up with footage of a man pushing and shoving young female teens to the ground Friday night at the Norton Commons amphitheater in Louisville. At one point, John Rademaker is seen strangling a Black teenager and obstructed her breathing.

Witnesses claimed he approached the group of nine teenagers and berated them for not practicing social distancing. He was accompanied by his wife who is describing as having shoved a phone in the faces of one of the girls.

It has been advised that people stay home unless it is necessary to go out and to keep six feet apart to stop the spread of the COVID-19 disease. He is alleged to have become angry that the group was gathered and physically assaulted them. He grabbed the neck of one and continued to argue with the others.

Man strangles teenage girl for failing to social distance – Is this Norton Commons? from r/Louisville

The young woman did not suffer any serious injury and Rademaker was arrested. He was charged with strangulation and three counts of harassment with physical contact.

LMPD provided guidance on how people should report those who are not practicing social distancing according to the Louisville Courier Journal.

“We are aware of this video and officers from the 8th Division responded to a call to this incident (Friday) and took a report,” LMPD stated.

“Obviously, we do not advise individuals concerned about social distancing to take matters into their own hands and confront people about it, especially in any physical way. We ask people who are concerned about large gatherings to call 311 or 911 to report their concerns.” 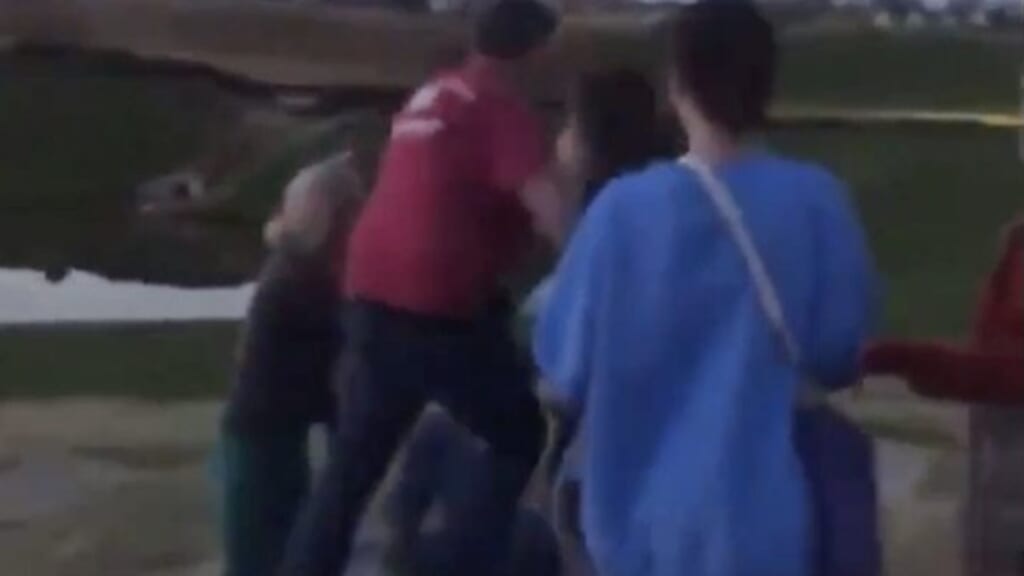 Footage of the incident (Credit: screenshot)

LMPD spokeswoman Jessie Halladay stressed that there should be no vigilantism.

“We know people are out there saying, ‘Hey guys, you should probably social distance,’” Halladay said. “That’s one thing, if you’re being polite and it’s your neighbors, we don’t want you to take it into your own hands, and you certainly should never get physical.”

Rademaker is an independent contractor who works as a physician at Baptist Health. A spokesperson has stated that he is now on administrative leave and an investigation is pending.

“The partners of SIAC, a division of One Anesthesia PLLC have decided to place the physician that appeared in the video on administrative leave as of April 5th pending further investigation. Our well wishes extend to all parties involved and we will continue to monitor this situation as new information develops.”

“These are grown people who assaulted young people,” she said. “They’re kids, and we need to deal with it like that has to be stopped, and he and his wife have to be held accountable.”