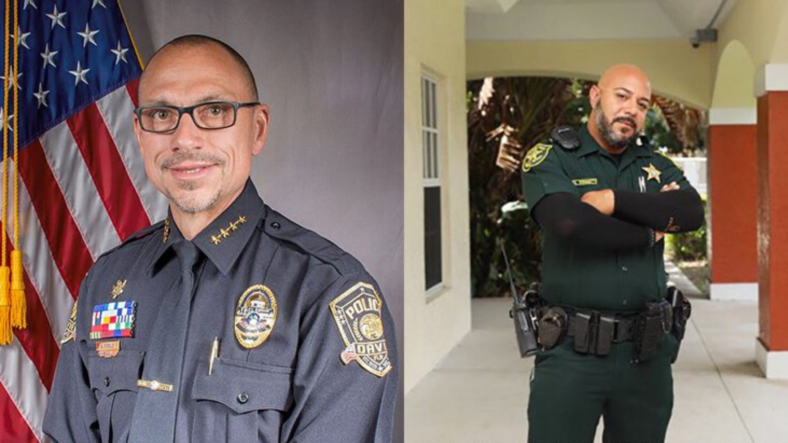 A Florida police chief has been put on paid administrative leave for linking the COVID-19-related death of Broward County Sheriff’s Deputy Shannon Bennett to his homosexuality.

Dale Engle of Davie, Florida was suspended with pay “pending further review of allegations brought forward by the Fraternal Order of Police,” Richard J. Lemack, town administrator, wrote in a statement that was posted to the town’s Facebook page. “The allegations will be investigated in accordance with the Town’s Equal Employment Opportunity compliance policy by outside counsel,” the statement read.

Engle reportedly said Bennett, 39, died because of underlying issues surrounding his homosexuality and that officers shouldn’t be afraid of contracting the novel coronavirus.

The comment has infuriated the Florida State Fraternal Order of Police. The Florida FOP’s Chief of Staff, Mike Tucker, slammed Engle in a letter sent to Lemack and posted to its Facebook page. Tucker called Engle’s behavior “unacceptable.”

The FOP will always fight for our members and protect the protectors! #FLFOPStrong

Tucker said that Engle first “belittled” and “berated” police officers, saying they had no reason to be concerned about contracting COVID-19 and then he went into the story concerning Bennett’s April 3 death.

“Chief Engle allegedly yelled about a ‘backstory’ which proclaimed that Deputy Shannon Bennett contracted and died from the virus because he was a ‘homosexual who attended homosexual events,’” Tucker wrote in his letter. “He intimated that it was because of this homosexual lifestyle that Deputy Bennett first contracted a serious underlying disease which aggravated the COVID-19 virus and lead (sic) to his death.”

“His rant continued for some time with the presumable desired effect of intimidating the members and discouraging any other department employees from complaining or expressing concerns in the future,” Tucker added.

The Florida FOP is calling for an independent investigation and tweeted if Engle’s comments are proven true, “He should be stripped of his rank for making such divisive comments that do not reflect the inclusive values of America’s law enforcement.”

If these allegations are true, the disgusting insinuation made by Chief Engle is not becoming of the badge he wears. He should be stripped of his rank for making such divisive comments that do not reflect the inclusive values of America’s law enforcement.https://t.co/sDSjyBelzy

Engle’s comments were also slammed by Bennett’s fiancé Jonathan Frey, who told Local 10 that the comment was “completely false, homophobic, and slanderous.” The couple got engaged last year at Disney World and was planning to marry this December.

On Sunday, Engle sent an email across his department in an attempt to explain his comments, according to The Miami Herald.

“My intent was to provide as much information to personnel as possible,” Engle wrote in the email. “If my comments were taken out of context, they were not intended to be derogatory.”